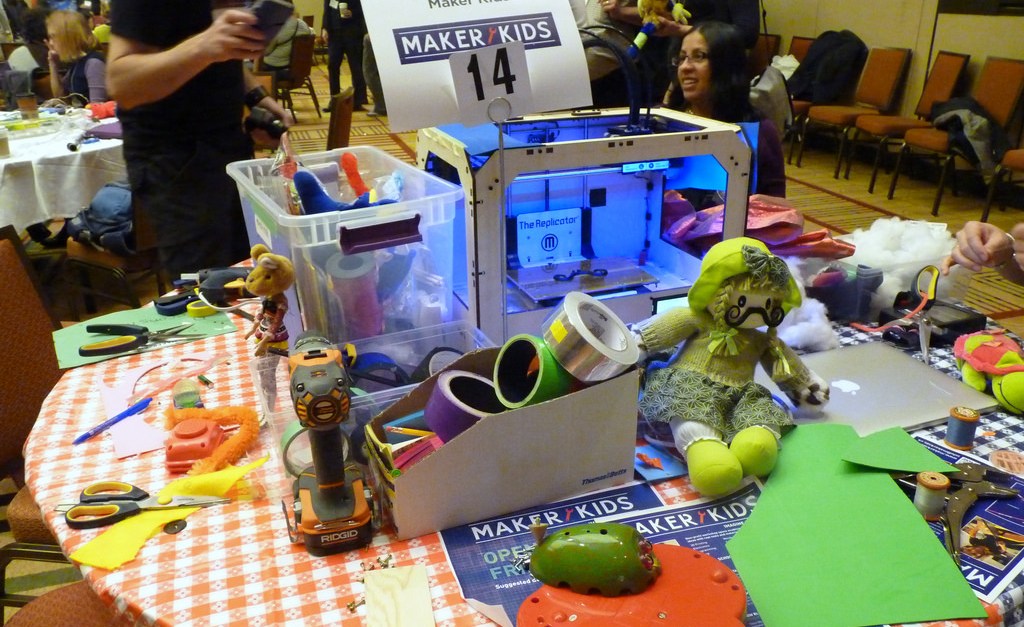 As the holiday shopping deadline nears, it doesn’t all have to be long lines and cashier registers with zero holiday cheer. In Montgomery Place, a senior resident is spreading acts of kindness through the Hyde Park neighborhood. Bill Barron and his wife Dottie are a special couple, this year they handcrafted toys for the children of employees at Montgomery Place, 5550 S. Shore Dr.

Bill and Dottie set out Bill’s handcrafted wooden toys for display, Tuesday afternoon, Dec. 6, at Montgomery Place for their annual Toys for Toddlers giveaway. CBS 2 Chicago reporter Vince Gerasole brought attention to what people are referring to as, “Santa’s Elf from Hyde Park.”

Barron, 92, said making toys helps him to stay busy and out his wife, Dottie’s hair. However, when it comes to the toy quality we see today, Mr. Barron says they’re not up to par.

“They’re too slick for me really,” says Barron.

In his younger days Bill was actually trained as a metallurgist and earned a Bachelor of Science degree in engineering at Carnegie Mellon University in Pennsylvania. Before retiring fully in 1988, he worked as national sales manager for Waukesha Foundry, Inc., in Waukesha, Wisconsin.

Bill uses different publications and catalogs to draw inspiration from for his designs.

“There are several publications that I come across over a few years….I am not a creator of designs I am a maker of things,” Barron said. “If I have a sketch or a plan then I am good, I can go from there.”

As for making the toys, Barron uses a scroll saw, drill press, and belt sander to create alligators, elephants, giraffes, birds, lions, boats, airplanes, and trucks. Many have movable wheels and wings. But his attention to detail doesn’t stop there.

“They are made to be tossed around in a sand box,” says Barron. “I think it’s important that parents give their kids something they can mess around with.”

He works on one toy at a time and paints each of the toys “kid-friendly” colors such as red, green, and yellow. Bill spends close to 11 to 14 hours a week in the Montgomery Place’s workshop, making his gorgeous toys but that’s not his only hobby.

Bill also enjoys making and painting stained glass windows, and some of his designs were once displayed in the Artisans 21 Gallery, sadly that is now closed. But you may be able to see his work at the Montgomery Place Library. Recently, he worked alongside another Montgomery Place resident, Mae Wygant to create stained glass panes for the library.

Bill recalls the time when he was a boy, how sock monkeys and Buck Rogers pistols were what every kid had.

2017 was a good year for Bill, he created a total of 47 handcrafted wooden toys. They included, boats, trucks, alligators, airplanes, and an animal parade with a lion, elephant, giraffe, bear, hippo, and camel that are linked together as a train through magnets.

Since Bill and Dottie have been in Chicago, they have hosted five or six holiday toy giveaways. Each year, Barron’s toys are gone within the three-hour window of the toy drive.

Each Montgomery Place employee is allowed to take a toy for his or her children or grandchildren.

When asked what advice he would give to an aspiring engineer who plays with his toys he suggested that they forge their own path.

RELATED: 20 things we can already hear our parents saying when they visit Chicago for the holidays

“I have a son who spent his career as an art teacher and he always told his kids to forget about the lines,” Barron said. “You get these pictures by staying in the lines, forget it do what you want to do, do what you see and would I say the same to them.”

According to CBS, this year Bill, Dottie, and other residents of Montgomery Place raised $82,000 for the staff at holiday time.