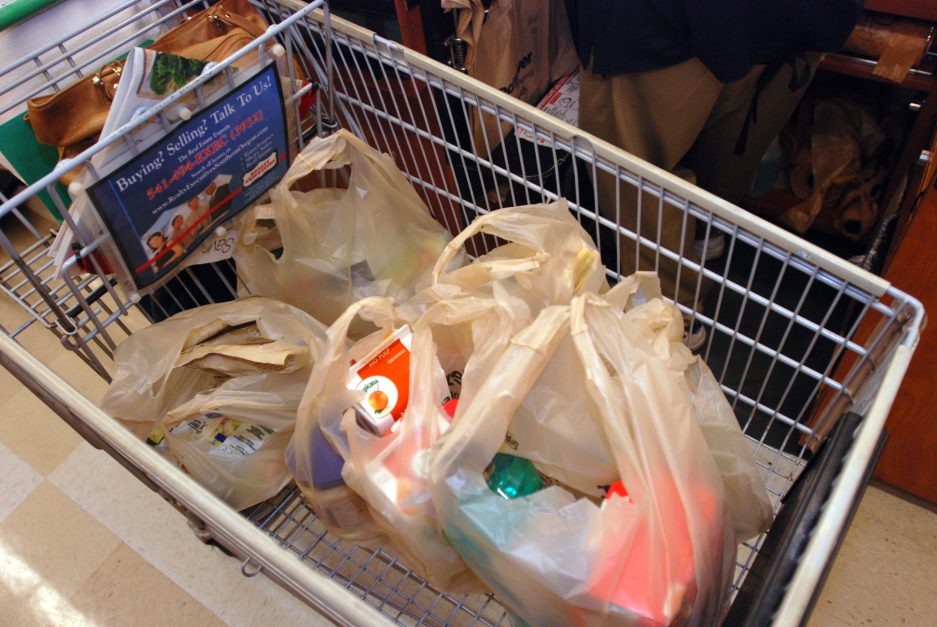 The number of plastic and paper bags Chicagoans used to haul home, full of groceries, dropped by 45 percent after city officials deemed the 7-cent-per-bag tax rule in an effort to keep the disposable sacks out of area landfills, according to city budget documents.

Due to the drop of use, the bag tax is now expected to generate $5 million for the city this year. In February, when the tax went into effect, city officials had initially expected it to add $9.2 million to the city’s coffers in that time, according to Mayor Rahm Emanuel’s 2018 spending plan.

The city had already dropped its estimate of how much the tax would bring in once before – in July, the bag use had fallen so much that officials believed it would bring in $7.7 million from the tax for the year. City officials also expect the bag tax to generate $5 million in 2018, that is if it doesn’t go down again…

A study paid for by the city and conducted by ideas42 – a behavior design lab – found the number of plastic and paper bags Chicagoans used to haul home their groceries. It dropped 42 percent in the first month after the tax was imposed in February 2017.

RELATED: Kendall Jenner posted a picture of a small plastic baggie that?s got people questioning whether she does drugs

The study measured plast and paper bag use at large grocery stores in Chicago one month before and one month after the tax was imposed. Mayor Rahm Emanuel said he was thrilled by the study’s findings.

“By decreasing our paper and plastic bag use, Chicago is making important progress in reducing our carbon footprint as well as reducing street litter and improving recycling operations,” Emanuel said in a statement back in April.