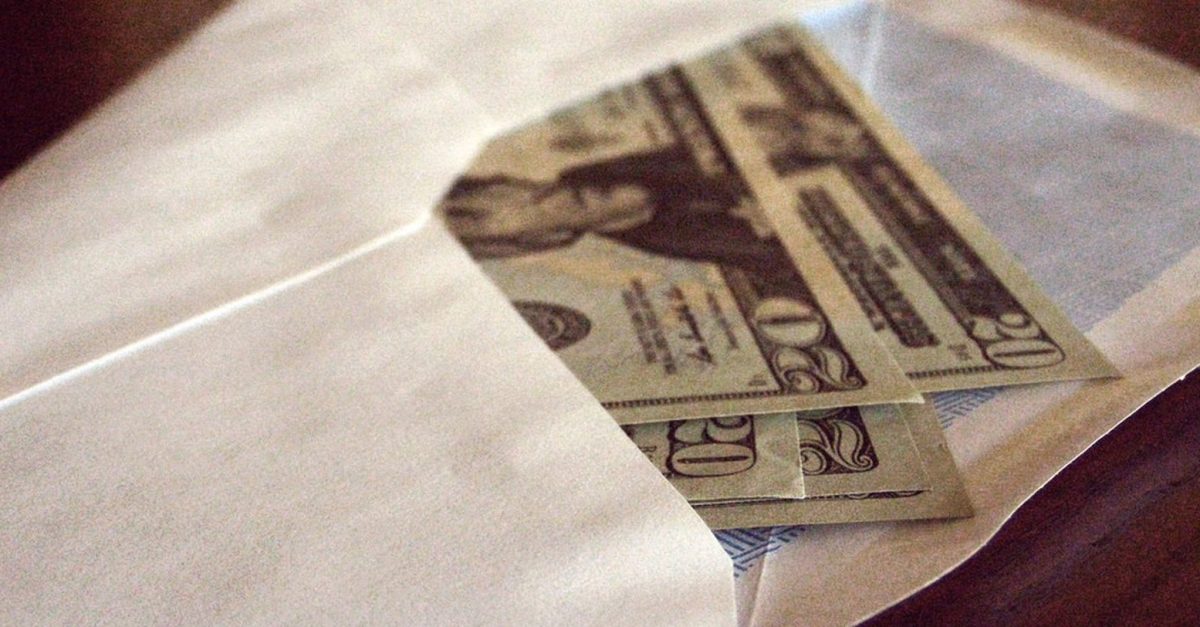 John Zelnio, from Moline, is on a mission to track down an anonymous skateboarder who left their “grass-cutting money” after accidentally damaging a truck.

RELATED: Check out some of the amazing skateboarding stunts that were performed in Chicago over the weekend

On Tuesday, John, 57, was opening his mail when he found an envelope containing $40 and a note. The letter wasn’t a handwritten scribble from an irresponsible teenager, no no. This was something much more special. It read:

“Mister, I want to say I’m sorry. My friends and I were running across the street where your truck was parked, and my friend pushed me into your truck and I scratched your truck with my skateboard. I am sending you my grass cutting money for the insurance.”

The anonymous skateboarder, clearly with incredible morals, did not leave a return address. But when John stepped out to see the damage, he couldn’t find any at all. The letter also revealed where he learned his good manners:

“My dad said his had a hundred dollar payment for things like this. I will send more next week when I finish some more yards this weekend.”

But having found no damage, John is now attempting to return the hard earned money to it’s owner. The Illinois business owner told US broadcaster WQAD the letter made him “feel good”.

“It is awesome. It made me feel good people are trying to do the right thing,” he said.

RELATED: <a href="http://rare.us/local/chicago/carjackings-in-chicago-have-more-than-doubled-in-the-last-three-years/"Carjackings in Chicago have more than doubled in the last three years

Ironically enough, Zelnio, is the president of the Quad Cities CrimeStoppers Board. So he is hoping to use those skills and tools to find the sender, thank them, and return their money.

“It’s kind of a reverse CrimeStoppers. We’re always looking for tips to solve crimes. In this case, we’re looking for a tip so we can do the right thing.”