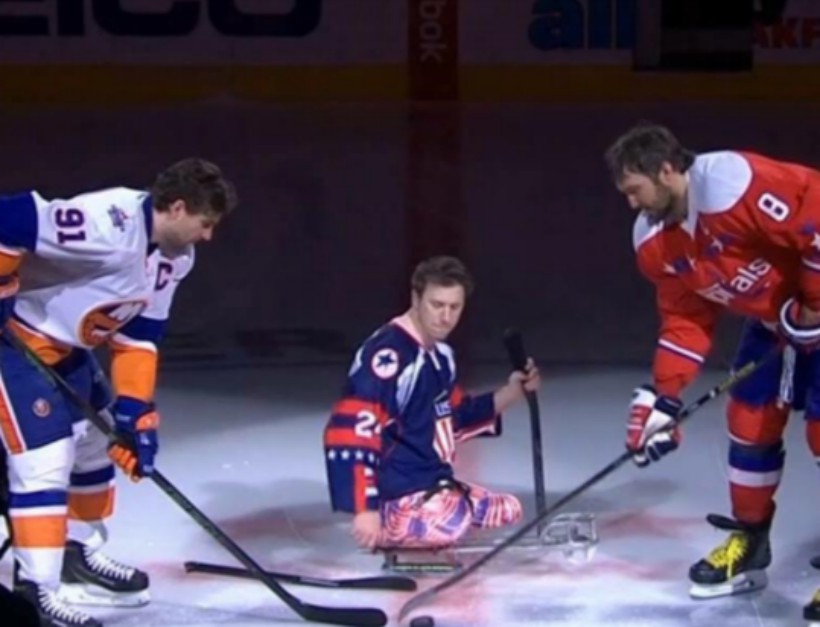 Last weekend, a squad of American Paralympians took over the ice at the Blackhawks training facility this past weekend as the team members prepared to represent the U.S.A. at the Winter Olympics in Pyeongchang, many of them military veterans.

According to a WGN report, Marine Corps veteran Josh Misiewicz will be among Team U.S.A.’s sled hockey and squad – who lost both his legs to an explosion in Afghanistan.

As part of his recovery, Josh turned to sled hockey.

“Honestly, I don`t know where I’d be without hockey right now,” he said.

As long as he can remember, Josh has been on the ice. Josh stepped on an improvised explosive device while he was serving in Afghanistan.

Though Josh lost both his legs, he discovered a new goal after finding solace in sled hockey back in 2011.

“I played hockey my whole life. From high school to college to men`s league to after getting injured in the military. Finding out about sled hockey, it changed my life,” Misiewicz said. “It`s a fast-paced, hard-hitting sport and I love it. I never used to hit in college. I was a little dancer. Now, I love hitting people, scoring is fun too.”

The sport gave Josh a chance to connect with a network of men going through similar struggles, helping him with his recovery.

“It literally made my recovery better. I met a great group of guys. We pushed each other to walk more, play hockey, have fun, go out,’ he said.

The players of the U.S. men’s sled hockey don’t just train together – they play and live together, 17 of them live in the suburbs.

“We had camaraderie already because of the training camps but now you`re getting the smaller stuff too, like cooking together, cleaning together, getting rides together,” Misiewicz said. “We`re one unit now. And we have to stay that way or else the house is going to fall apart!”