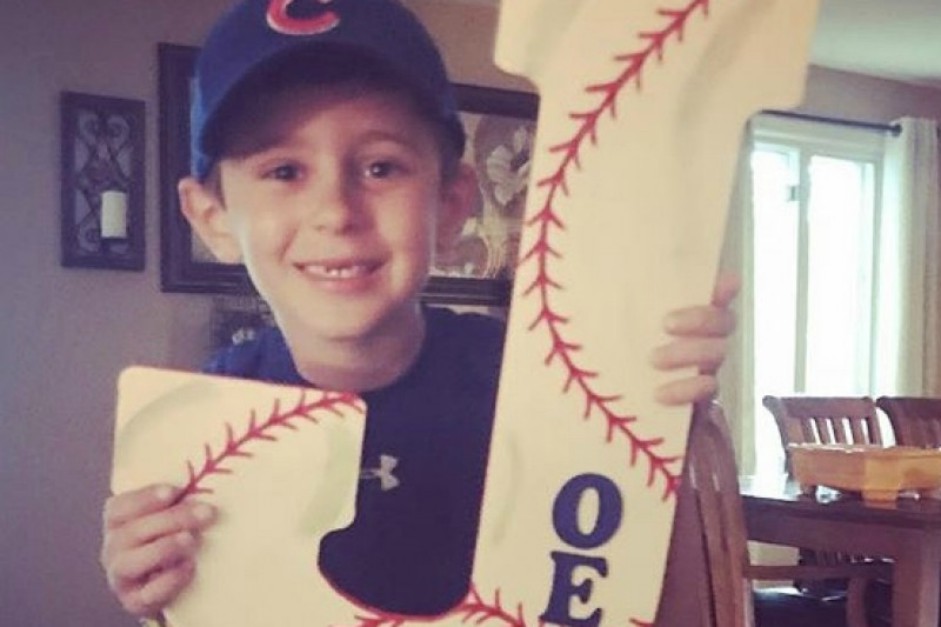 The 7-year-old boy, Joey Ventimiglia from Darien, Illinois who battled a rare form of cancer has passed away.

According to WGN, a few months ago Joey and his family told the news outlet about his illness as well as his love for the Cubs.

According to the news outlet, Joey was just six years old when he was diagnosed with Diffuse Intrinsic Pontine Glioma, a brain tumor that rests in the pons of the brains which controls essential bodily functions like the heartbeat, breathing, eyesight and balance.

Currently, there is no cure for DIPG and unfortunately, it is aggressive. According to the news outlet, the median survival time is nine months from the time of diagnosis.

After WGN aired the story of Joey, Ken Markiewicz, a local muralist, heard about Joey’s struggles and painted Joye’s room a Cubs theme and was able to get his closet doors signed by the Cubs themselves.

RELATED: If your dream job is to work for the Cubs, read on…

Joey was laid to rest this week, according to the news outlet.

WGN reports that the family is asking any donations be sent to the Anthony Rizzo Family Foundation.