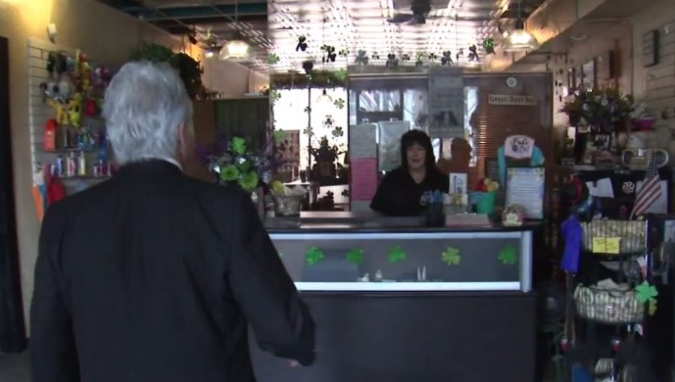 When dog owners drop their pup off at doggy daycare, they expect their dogs to be treated like royalty. I mean why would you pay someone to play with your dog that wasn’t treating them well? It seems that Luke Mullaney found out the hard way one time after a visit to Posh Pet Day Spa down near Blue Island.

Mullaney says that his sweet dog, Mya who is a German Shepherd mix, had something around her neck that she didn’t have when he dropped her off. Mya is actually a rescue dog, and her previous owners were not so nice to her, causing her to have anxiety issues. He had told Posh Pet Day Spa these facts as well.

For awhile, they didn’t see anything wrong with the daycare taking Mya there twice a week for almost a year. But one day he and his girlfriend found a small black collar around her neck that they had never seen!

Turns out it was a shock collar and this was something that Mullaney had definitely not approved. When confronted the doggy daycare with shock collar in hand, he says the first thing they uttered was “Uh-oh.”

So ABC Chicago’s I-Team went to confront the store owner and at first she refuted they used those on dogs, then changed her story a bit. She said she used them on her own dogs and not customer’s dogs. As we’ve learned from Mullaney and Mya, that is very false.

It looks like Posh Pet Day Spa won’t be getting any business from dog owners that really care about their animals. You can see the whole video HERE.