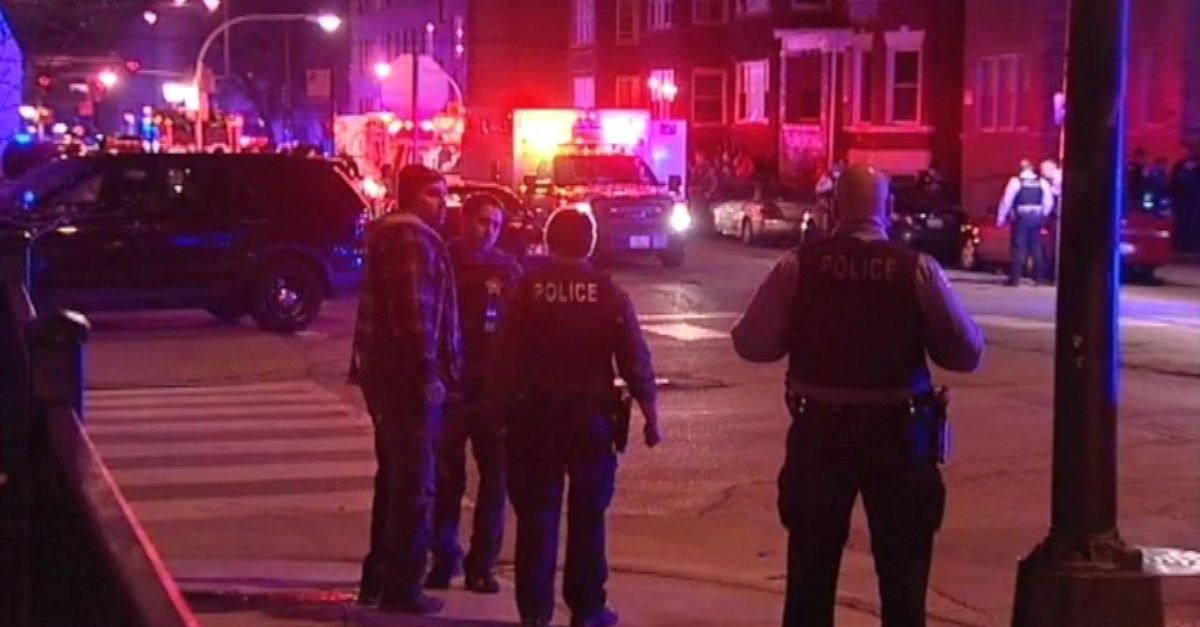 It wasn’t a very Merry Christmas throughout different neighborhoods in Chicago’s Southside this past weekend. At least 5 men were killed and 20 were left injured in just the last four days. The weekend’s latest fatal shooting happened on Christmas Day in the Chatham neighborhood, police said.

Albert Abu, 57, was standing outside at 12:14 a.m. on the sidewalk in the 8100 block of South Wabash when two males walked up and opened fire- hitting him in the head and chest. Mr. Abu was taken to St. Bernard Hospital, where he was pronounced dead at 12:28 a.m. Monday.

34-year-old Corey Haggard was fatally shot, around 6:15 p.m. Sunday, when he attempted to rob a 31-year-old concealed carry permit holder outside a store in the South Loop, police and the medical examiner’s office said. Once the robber took all he could from the property, the 31-year-old victim pulled out a gun and fired shots, hitting the would-be robber in the chest.

The 34-year-old was rushed to Stroger Hospital in critical condition. The man – identified as Haggard, who lived in the Lawndale neighborhood – was pronounced dead at 11:37 p.m. Monday. Police later said the 31-year-old victim had a valid license to carry a concealed weapon from Indiana.

On Saturday at 5:31 p.m. a man was gunned down in the Roseland neighborhood on the Far South Side. According to a witness, 19-year-old Janaria T. Moore was standing in the 11200 block of South Michigan when a dark-colored SUV pulled up and someone got out and began firing shots before taking off in an unknown direction. Moore was pronounced dead at the scene at 5:42 p.m. after suffering a gunshot wound to his back.

Also on Saturday, around 2:30 p.m., a 21-year-old man was killed and a 25-year-old man was wounded in an Austin neighborhood shooting on the West Side. The men were sitting on a back porch in the 5200 block of West Ferdinand when another male walked up, he pulled out a gun, fired shots and ran off in an unknown direction, according to police.

The younger man suffered multiple gunshot wounds to the head and body and was pronounced dead at the scene at 3:12 p.m. His identity has not been released. The older man was shot in the ankle and taken in good condition also to Stroger Hospital.

Finally, the weekend’s first fatal shooting occurred on Saturday around 4:45 a.m. Police responded to a call and found a man dead and a woman wounded on the South Side. The man was identified as Jerry Minard, 24, him and the 18-year-old woman were in a vehicle heading south in the 5900 block of South Western when a van pulled right next to them in traffic and someone inside fired shots.

Chicago overall has seen a decline in the number of shootings compared to last year. This year, the total number of people shot is 3,534, while last year’s 4,300 people had been shot, according to the Chicago Tribune. However, Christmas weekend in 2016 saw 61 people, and 11 people die from their wounds.