After serving as the Field Museum’s main attraction since 2000, the world-famous Sue Tyrannosaurus Rex fossil will move to a new exhibition hall on the second floor. The largest dinosaur fossil ever found will take over Sue’s place.

For now, the museum will focus on cataloging all 237 parts of Sue throughout the next month. When SUE returns in spring 2019, they’ll have a new home in the Evolving Planet exhibition and a few scientific upgrades.

Bones of the 40-feet long dinosaur skeleton will be off display until spring 2019 as the museum undergoes significant changes and improvements for its 125th anniversary this year.

The changes are part of an overhaul to the lakefront museum’s main hall. A 122-foot-long titanosaur, a Patagotitan mayorum from Argentina, is expected to arrive in June. It’ll take up a third of the main hall with its head peeking over a 28-foot, second-floor balcony. Hilary Hansen, the Field’s Exhibitions Department project manager said:

“When SUE comes down at the end of the month, we will be making plans to bring in a cast of the largest dinosaur ever found. We are de-installing the most iconic T-Rex fossil in the world. We’re moving SUE, bone by bone, into a brand-new exhibition on the second floor completely devoted to SUE. We’ll start with the foot bones and the base. Then we’ll move to the tail,” Hansen said.

Stanley Hall will be overtaken by a flock of flying reptiles and hanging gardens containing over 1,000 live plants that thrived alongside dinosaurs. And because it will be a cast of the dinosaur, you’ll actually be able to touch it, unlike Sue who was guarded by a fence.

The pterosaur replicas (these are the flying reptiles and technically not dinosaurs) include nine hawk-sized Rhamphorhynchus, two Pteranodon with 18-foot wingspans and two massive Quetzalcoatlus that are about the length of a bus (they have a 35-foot wingspan).

“We worked closely with the company that built them, Blue Rhino, to make sure that the pterosaurs were scientifically accurate,” Bill Simpson, the head of geological collections, said in a statement. “They look wonderful. They’re really colorful and will capture people’s imaginations.”

The hanging gardens will consist of four, 3D printed structures that will be suspended from the ceiling and lowered for special events. The largest “plant cloud” stretches 35 feet. They were co-designed by architect Daniel Pouzet and Field Museum Design Director Alvaro Ama.

RELATED: PAWS Chicago has cats and dogs ready for adoption!

If you’re wondering how these plants will survive, they’ll be hydroponic. In this case, that means the plants are grown in inert volcanic rock and receive water and fertilizer from the ceiling. 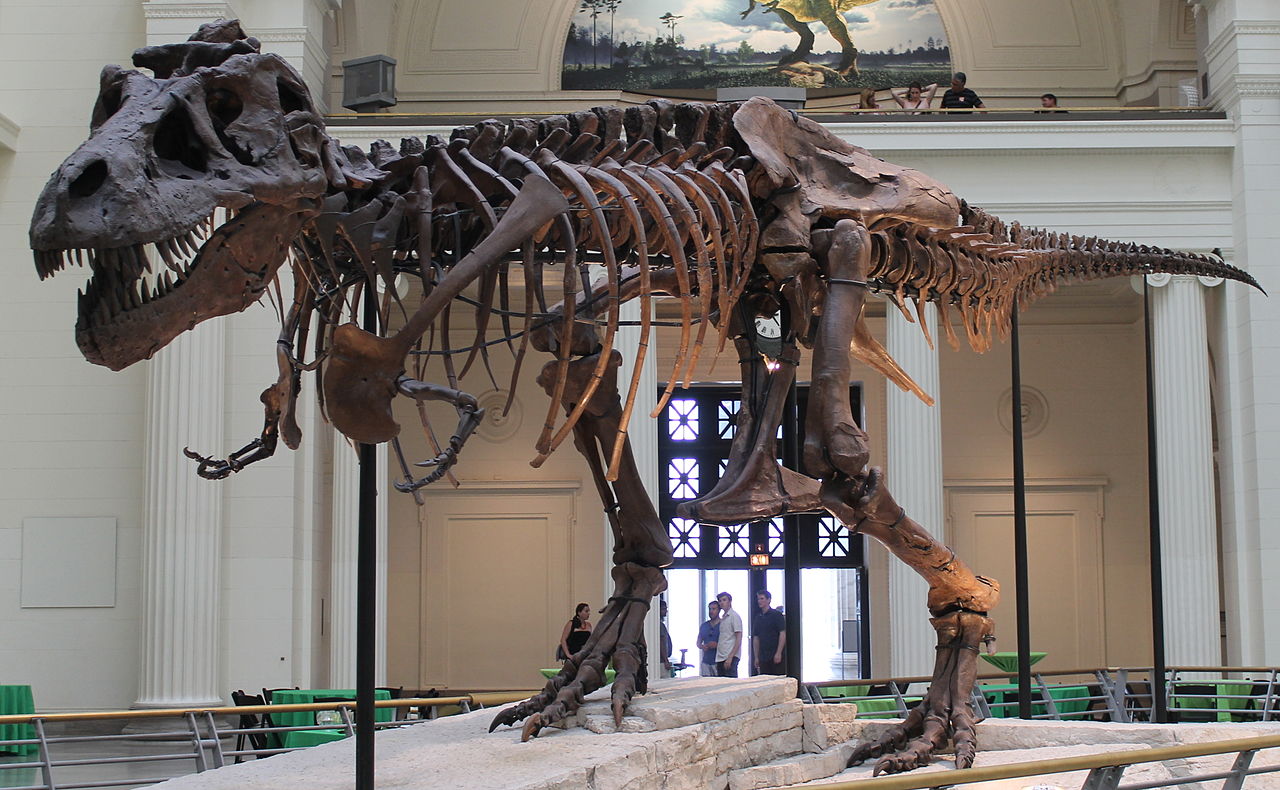