What if the police could prove you were texting or on your smartphone before getting into an accident?

That reality may not be far off. According to WGN, Chicago police force may soon have that technology and it’s called the “textalyzer.”

According to the news outlet, this past Thursday, debated at Chicago City Hall — it would make it possible for officers to scan drivers’ phones after pulling them over. New York and Tennessee legislatures are also considering the technology but Chicago is the first city believed to discuss it, according to the new outlet.

RELATED: The ex of an HGTV star reportedly skipped out on paying child support, and now police are on his tail

According to WGN, the City Council’s Public Safety Committee talked about the escalating issue of distracted driving this past Thursday. The news outlet reported that according to experts, distracted driving is blamed for the highest hike in traffic deaths in 50 years, some studies showing as many as 50 percents of teens admitting to texting or emailing while driving.

The news outlet reported that Ben Lieberman’s 19-year-old son Evan was killed in a distracted driving accident back in 2011 in New York and now Lieberman wants to utilize technology to make sure these fatal accidents don’t happen again.

“More Americans will die from distracted driving than from the Vietnam war,” Lierberman said while testifying before the committee, according to the news outlet. “To understand the problem is to implement deterrents, to create the appropriate social stigma.”

Lieberman also supports a device/software program that functions like a breathalyzer for smartphones, according to the news outlet. An executive with the company Cellebrite, Jody Wacker, says the company’s prototype “textalyzer” can be used to detect if drivers had been distracted by their cellphones before an accident.

“It would be used by law enforcement, depending on how the law is written,” Wacker said to WGN. “It would plug into the driver’s phone, the phone would never leave the driver’s hand and it scans just the operating system logs to see the activity on the phone.”

According to the news outlet, technology advocates say it would not download data like phone numbers, emails or photos but it would show it the device had been in use. But Ed Yonka, a privacy advocate of ACLU of Illinois, says the idea raises eyebrows.

“What we don’t know is how much information is gathered and under what circumstances,” Yohnka said to WGN.

Yohnka said to the news outlet any information is made available through the use of court-approved warrants but the company argues that they can be designed not to collect any personal info.

“This is showing typing and swiping without any ability to get to the personal content like phone conversations – it’s jumping through hoops to respect privacy,” Lieberman said to WGN.

The Public Saftey Committee just approved a resolution asking Chicago police to review the technology so it may be a little while before it’s adapted according to the news outlet but next time you drive, you may want to think twice about checking your phone. 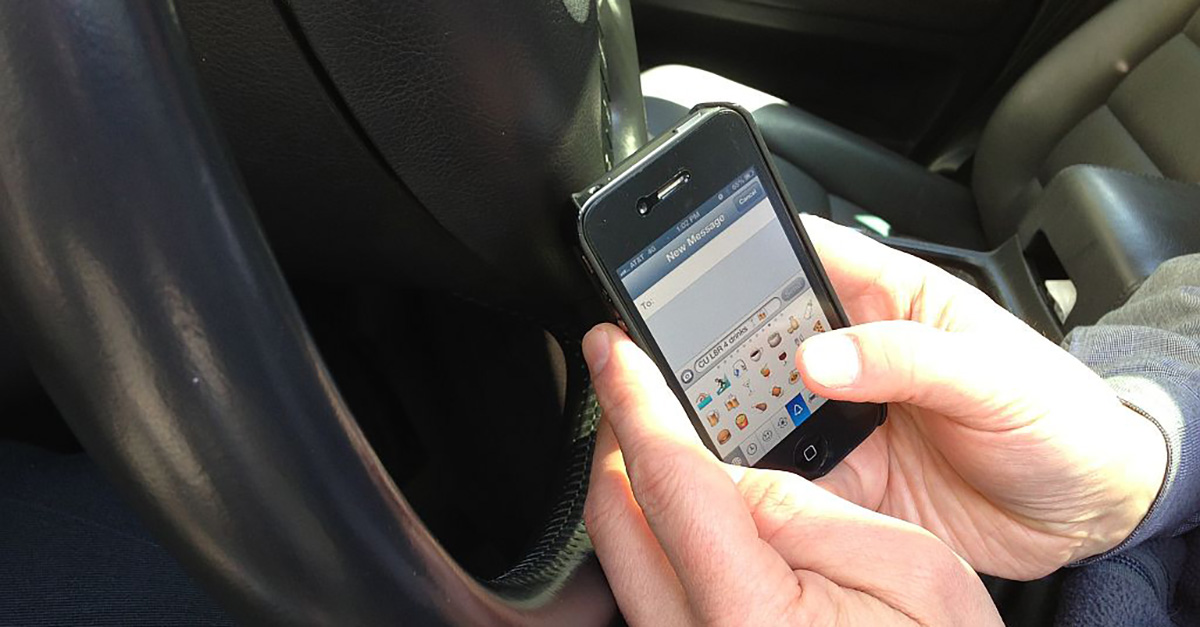