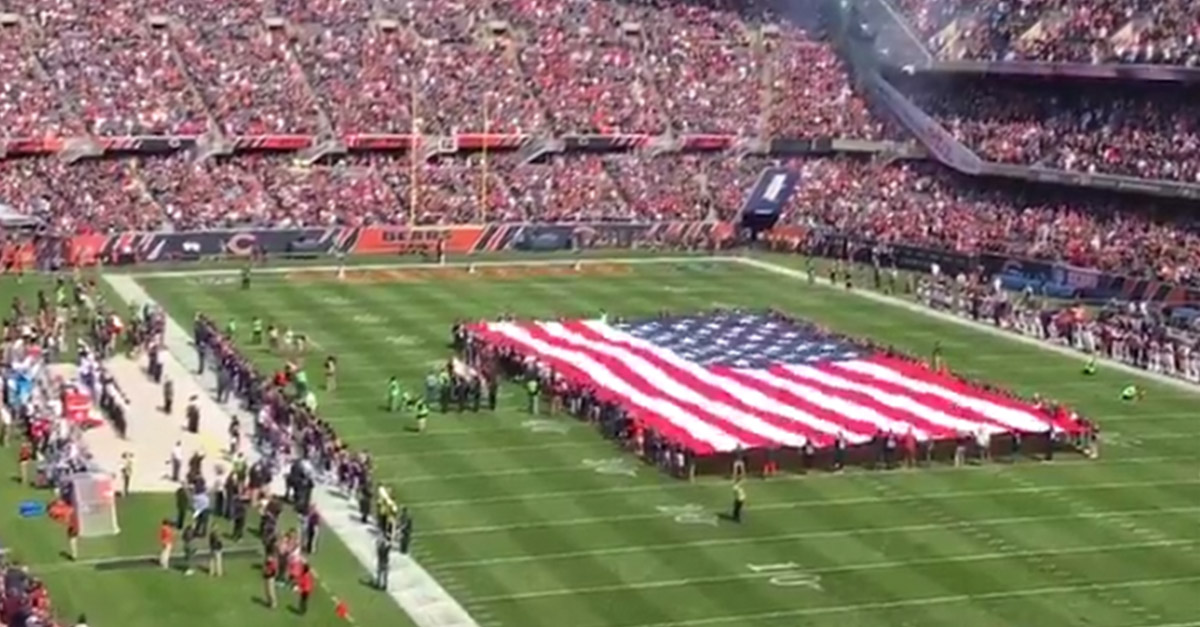 The Chicago Bears welcomed its fans back this Sundays at Soldier Field with a National Anthem that fans couldn’t stop talking about.

The National Anthem was sung by Chicago’s baritone Jim Cornelison, who also sings the anthem for the Chicago Blackhawks.

The song ended with a B2 flyover.

Fans raved about the performance on social media.

Nobody does the the National Anthem like the @ChicagoBears and Jim Cornelison and Fly over!! #merica #DaBears

@Anthem_Singer AWESOME!!! I got goosebumps and almost cried during Jim's best ever National Anthem @ChicagoBears home opener! +B2 flyover 🇺🇸

With so much politicization of the National Anthem in football these days, it’s nice to see everyone stand and appreciate the moment.

The Bears played the Atlanta Falcons, and ultimately lost 23-17.