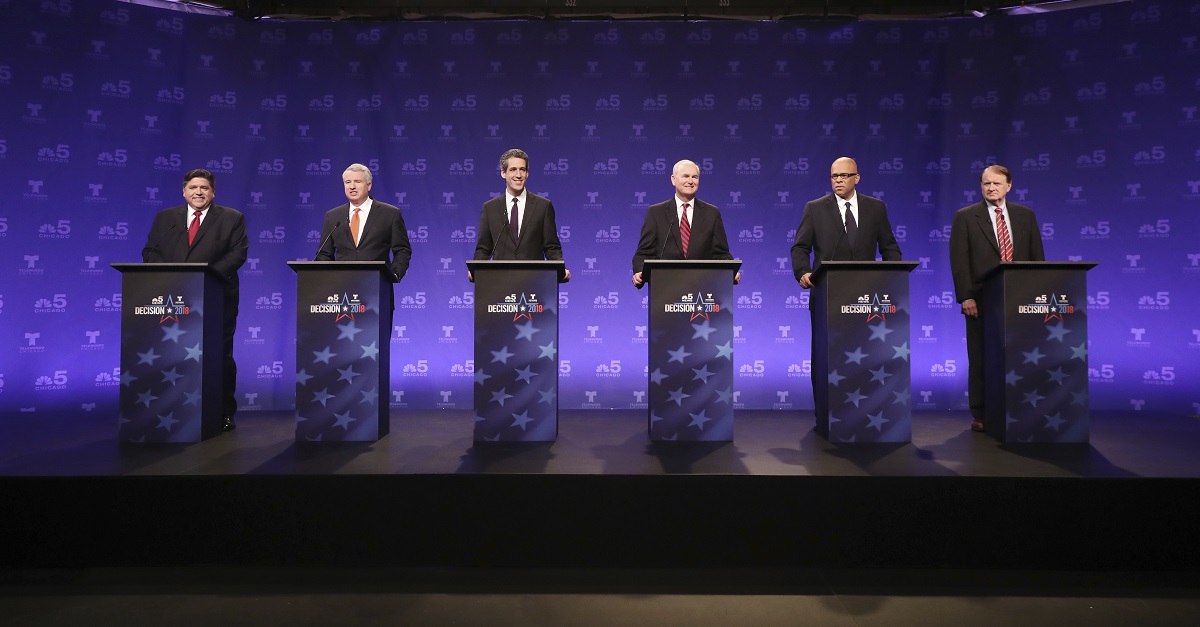 The race for Democratic nominee for governor is still anyone’s game but two candidate’s went for the jugular on a televised debate on Tuesday night.

Billionaire J.B. Pritzker and state Sen. Daniel Biss went back and forth attacking each other about various issues. Biss attacked Pritzker for not having the party’s best interests in mind.

RELATED: Here’s some good news for advocates of legalizing cannabis in Illinois

“I do think it’s relevant to speak to the question of what a Democrat is, because J.B. went on television in 2012 and said he wasn’t sure if he’d support Barack Obama’s re-election campaign,” Biss said. “He had to wait and see who the Republicans nominated. That’s not what Democrats do. Democrats support Democrats.”

Biss has been heralded as the most progressive of the candidates, which besides him and Pritzker, include businessman Chris Kennedy, Madison County regional school superintendent Bob Daiber, activist Tio Hardiman, and Robert Marshall.

“The best thing for (Rauner) in this election is to run against another billionaire who’s Mike Madigan’s candidate,” Biss continued. “If we want to be successful, we can’t afford to do that. And so I think it’s important to nominate someone with a record of standing up to Mike Madigan.”

But even Pritzker called out Biss for his contradictions directly: “The only candidate on this stage that voted for Mike Madigan for speaker of the House, that ran Mike Madigan’s super (political action committee) in 2016, and you’ve accepted hundreds of thousands of dollars from Springfield insiders and bankers and lobbyists.”

Still, Biss is the only candidate that supports the “LaSalle Street Tax” which would tax transactions on the Chicago commodities exchange and could potentially net the state $8 billion.

Ultimately, that’s what this race comes down to: money.

Prtizker has the funding for advertising. In the last quarter of 2017, his campaign raised $21 million and spent $13.3 million. Republican incumbent Bruce Rauner has spent nearly the same amount in the same time, although raised $2.9 million. Biss has only raised $1.1 million.

RELATED: J.B. Pritzker will release tax returns after being compared to Donald Trump

If Pritzker becomes then nominee, “Then we’ve set a precedent where the Democratic Party is just going to go out and find a billionaire”, said Biss, “for each (future) election. I think it’s a very dangerous precedent.”

Although he is a former chairman of the Illinois Human Rights Commission and various entrepreneurial pursuits, Pritzker detractors point out that he has no political experience.

Voting for Democratic candidate for governor will take place on March 20th. More information about voting in Illinois can be found here.