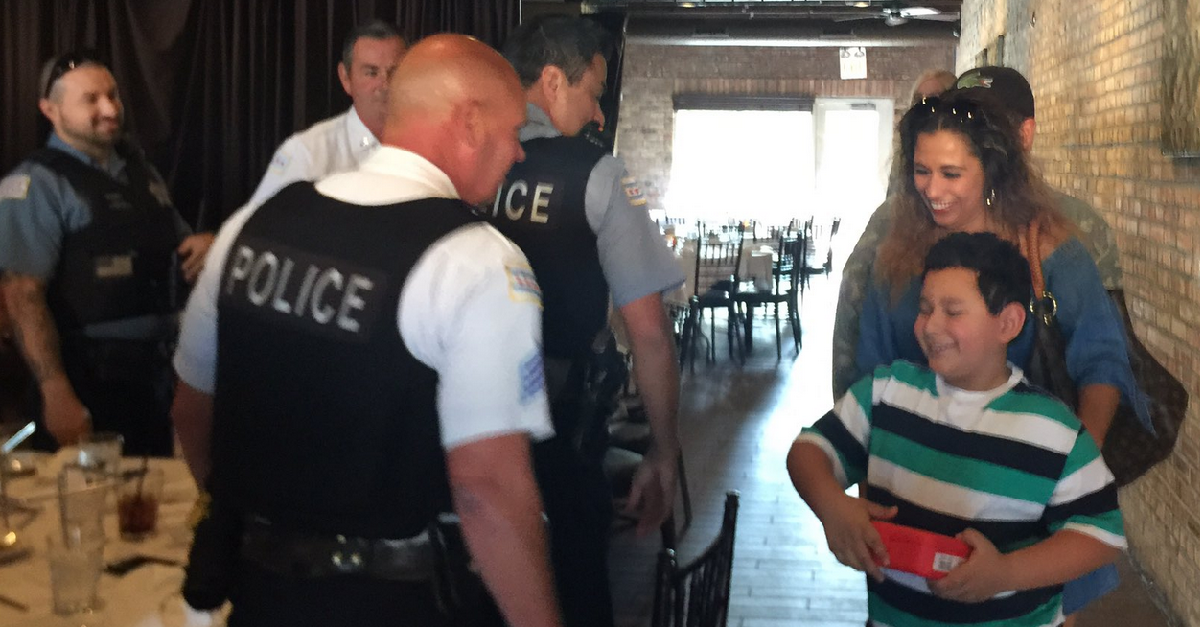 In June of 2009, a 27-year-old police officer was working the overnight shift in Englewood. After responding to a shots fired call, the officer was shot twice, dying of the bullet wounds.

RELATED: Kyle Schwarber is the real MVP after raising an inspiring amount of money for his charity for first responders

The office was Alejandro Valdez. His fiance at the time was pregnant and he never got to meet his son.

Since then, Chicago Police Department officers have supported Alejandro Valdez Jr and his mom. Some of the officers have ?formed a special bond with Alex? according to WGN 9. Last year, two dozen officers celebrated with Alejandro when he graduated from kindergarten.

Now, Valdez Jr. decided it was time to pay them back for all of their support in a heartwarming way.

On Sunday afternoon, the son of the slain Chicago police officer decided to throw a pizza party and pay for it using funds he raised from having a garage sale.

CPD First Deputy Supt. Kevin Navarro felt an overwhelming sense of appreciation. “It’s just touching, and I know all the officers feel the exact same way, that Alex went out of his way to think about us.?

RELATED: Man who used books in unique way to conquer homelessness continues to pay it forward

Officer Valdez was only 27 when he was slain. In 2014, two men were sentenced to extended time in prison for the shooting death.