The historic Illinois flood may affect the start of school 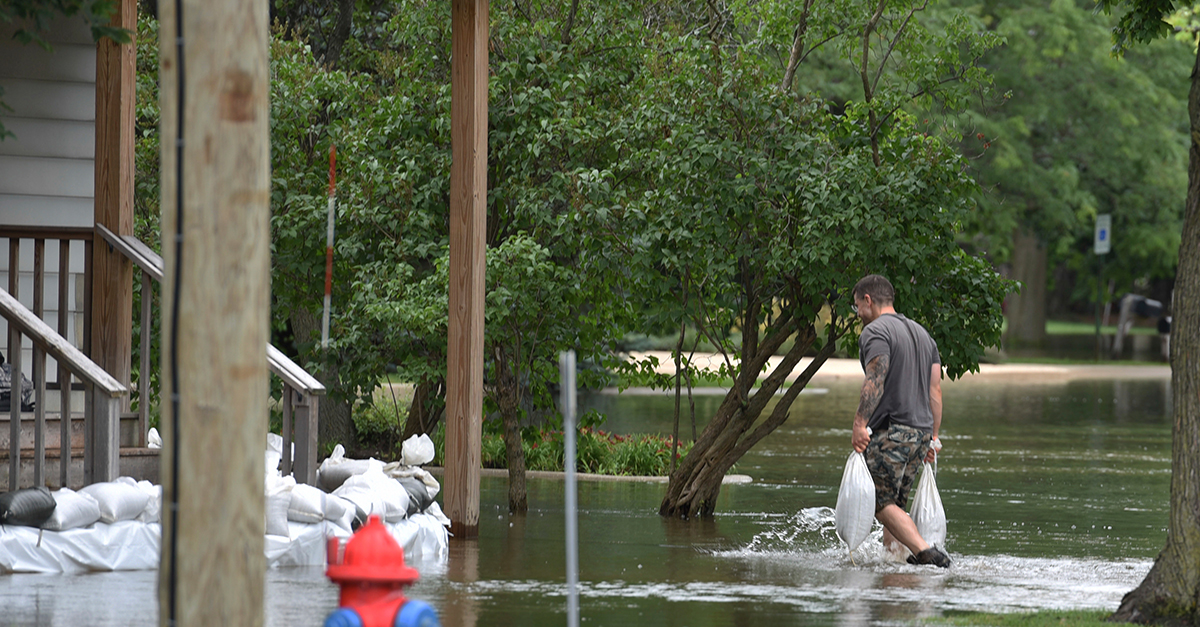 AP Photo/G-Jun Yam
A man carries sandbags to reinforce the barrier he build to keep the flood water from reaching his house, Friday, July 14, 2017, in Gurnee, Ill. According to Illinois officials flooding in north of Chicago, and the damage is expected to worsen this weekend as water flows down rivers into the state from Wisconsin. (AP Photo/G-Jun Yam)

ROUND LAKE, Ill. (AP) — Officials in one Illinois school district are concerned that flooding from recent rainfall will impact the start of classes next month.

“The library is really our epicenter of our whole building, and obviously, it’s a total loss,” district operations executive director Shelia Duhon told the newspaper.

The gym, a music room and computer room also are flooded at the school in Lake County’s Round Lake, northwest of Chicago and south of Wisconsin’s state line.

Duhon said computers were under water and the school’s computer server room in the basement was flooded. Water also stood in four fourth-grade classrooms.

Heavy rainfall that hit the Midwest on Wednesday knocked out power to thousands and closed roadways. Power outages caused by flooding forced the evacuation of Lake Forest Hospital in suburban Chicago. Power was restored that night, but the hospital was closed Friday as crews restored damaged infrastructure.

State officials have said that some 6,800 buildings have been affected by the “unprecedented” flooding. The damage was expected to worsen this weekend as water flows down rivers into the state from Wisconsin.

At W.J. Murphy Elementary, the water had receded a bit by Friday, but can’t be pumped outside the building until the water around the school is gone.

About 500 students attend the school and classes are to start in late August.

“We’ve contacted other districts, and we may have enough space at our other elementary schools to absorb the students,” Duhon said.

But once the water goes away, a structural engineering may have to look at Murphy, she added.

“The school has had some water issues in the past,” Duhon said. “It’s never been like this.”