The most popular cuisine in your Chicago neighborhood is… 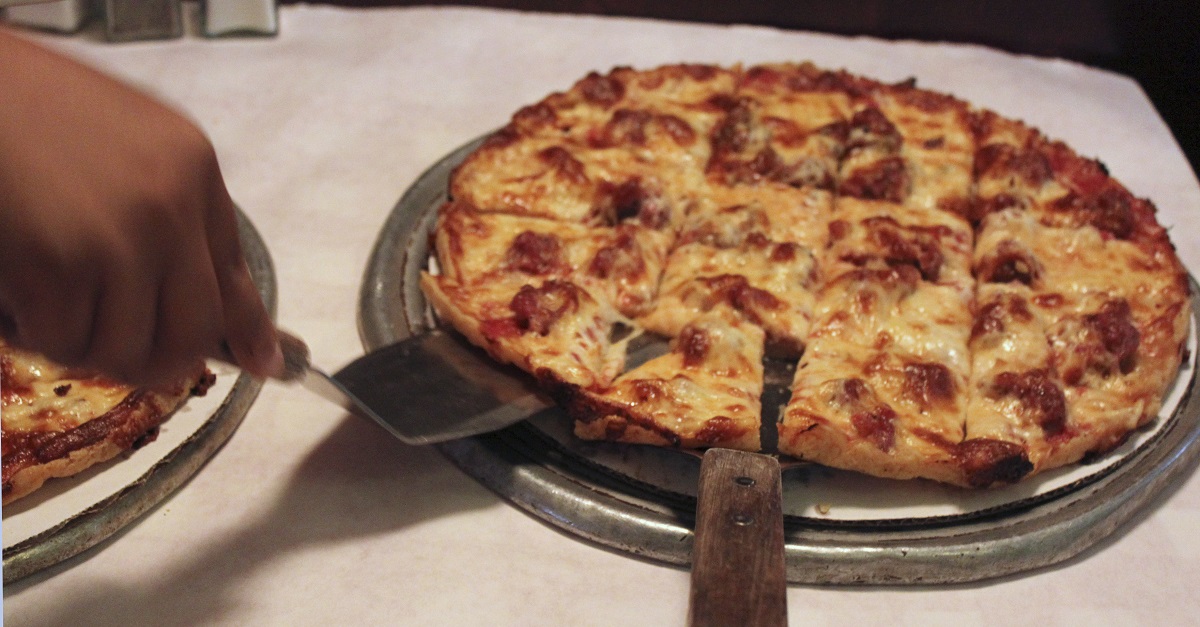 AP Photo/Caryn Rousseau
In this Sept. 5, 2014 photo, a waitress serves a cheese and sausage pizza to participants on a pizza tour at Pizano's in Chicago. Chicago is one of a handful of cities across the country, like Boston, Milwaukee and New York, with companies that offer tours of the local pizza scene. (AP Photo/Caryn Rousseau)

Sometimes all of the data that Google has on everyone seems terrifying. But at least we can all have a little fun with it along the way.

Google News Lab released a series of maps from across the country, counties, and even neighborhoods to determine what the most popular food choices in various areas are.

The original idea was to answer that ever-present question of what the pizza capital of the U.S. is. “Using Google data, visualized by Google News Lab with design studio Polygraph, we can begin to quantify how these food trends vary across the country. Based on aggregated, anonymized, and differentially private data from users who have opted in to Google Location History, we ranked cities and counties by their most popular cuisine.”

But it’s not just pizza. Google looked at BBQ, Coffee, Mexican, Seafood, Italian, Sandwiches, Steak, Japanese, Chinese, and Indian food, plugging in data to even allow users to compare different cuisines to one another.

The data reveals that the Midwest in general is a very pizza-heavy area of the country. Philadelphia and New Jersey appear to favorite sandwiches, Wisconsin and Minnesota burgers, and Texas opts for Mexican food (of course).

Using this data, they could determine what exactly the cuisine capitals across the country are, ranking them by the cuisines share of total restaurant visits.

So what is the pizza capital according to the data?

Chicago comes in 6th on the pizza list but doesn’t hit the top 10 anywhere else. Here are the capitals of other types of cuisine:

Surprisingly, Chicago didn’t even make the top 10 in Mexican food, despite having the most authentic Mexican restaurants per capita out of any U.S. city.

So Chicago may not have topped any of the national lists but it may have to do with how diverse the city’s neighborhood preferences are. The data went ‘hood by ‘hood to reveal some interesting trends:

Now that is some fun with data. Who else is hungry?