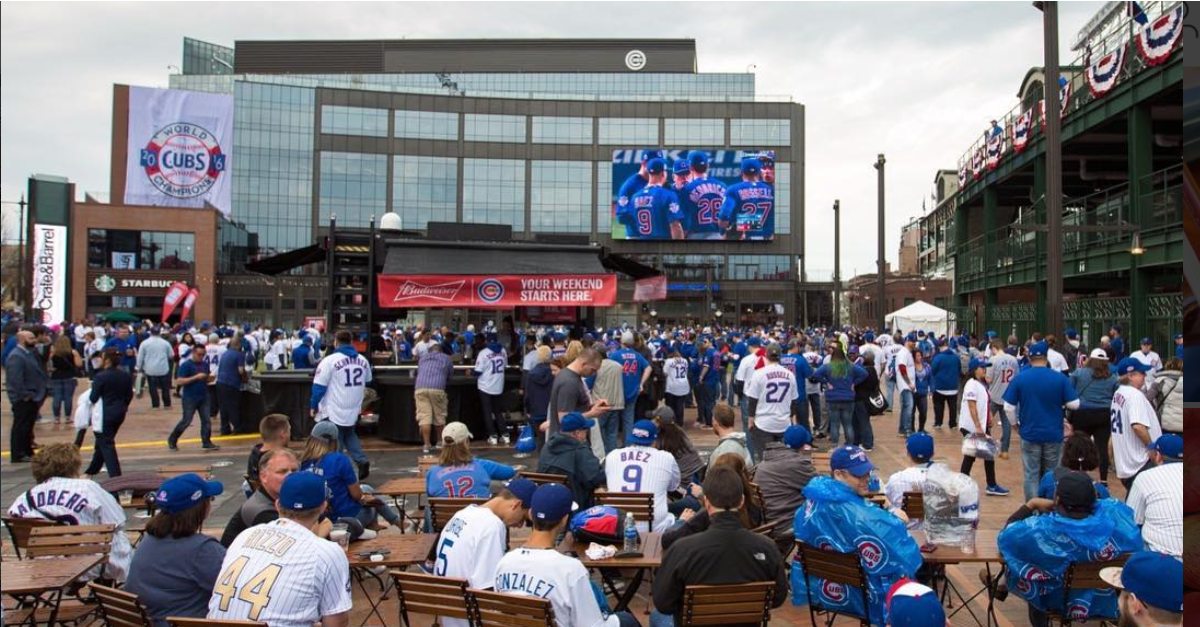 The modernization of Wrigley Field and surrounding area continued this year when the Park at Wrigley opened in April.

While the main idea is for the park to be a place for Cubs game ticketholders to hang out outside of the stadium before and after games, there have been plenty of offerings for neighborhood residents.

On gamedays, the park is only available to ticketholders for two hours before games and an hour after. But the par opens back up to the public after that time on gamedays.

But it’s not just all about the Cubs. The park hosts yoga and other fitness classes, free music events, movie screenings and more.

Every Monday, the adjacent Lucky Dorr (named for a former groundskeeper who lived in a cottage right next to Wrigley Field) host a brewers evening. No, not for the rival team, but a chance for beer fans to learn more about beer culture and the brewing process.

In the Chicago Tribune, Cubs president of business operations Crane Kenney said he hoped the park would ?become the town square for Lake View.” It’s happening even faster than they expected. “My assumption was it would take four to five years before it became sticky, where neighbors would find it.”

The Tribune also notes that there are Winter plans including the possibility of an ice rink and a ChriskindlMarket, the popular German-style market that takes place in the Loop every holiday season.

The area alderman Tom Tunney said “it has been a construction nightmare if you’re a resident,? but ultimately feels that the park ?has enhanced the neighborhood. The park is beautiful looking.”

The Cubs are hosting watch parties on Friday and Saturday for away games. Tickets are $10 and some of the proceeds go to Cubs charities.