The results are in: Chicago has one of the best park systems in the country 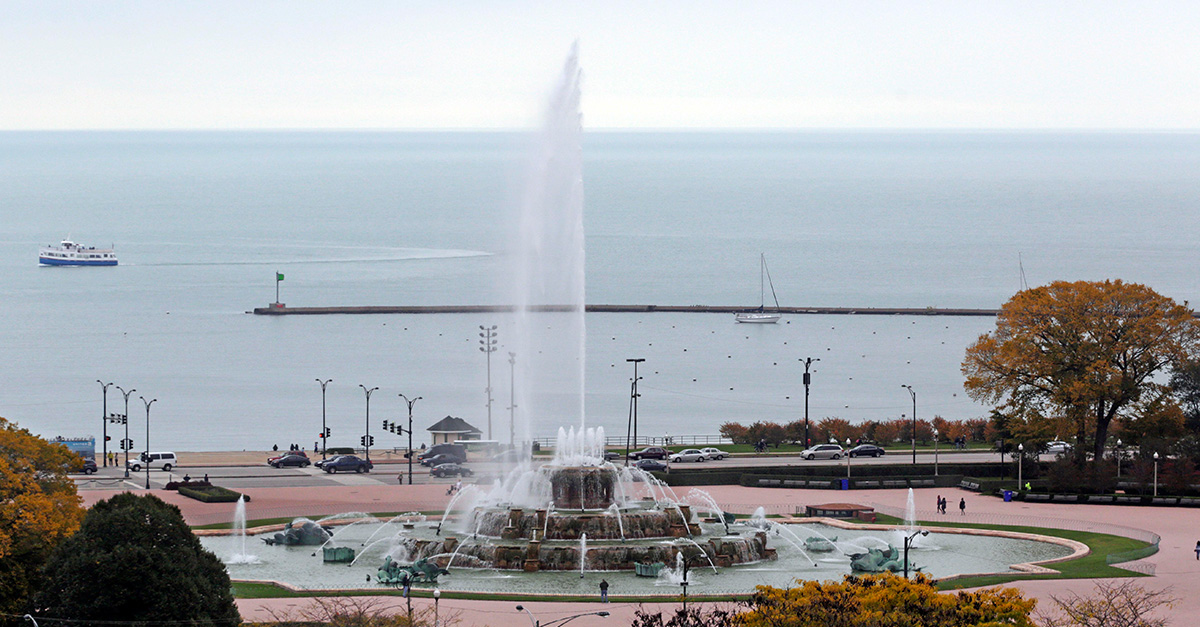 AP Photo/M. Spencer Green
A 150' water jet shoots from the center of the Clarence F. Buckingham Memorial Fountain in Grant Park, Thursday, Oct. 16, 2014, in Chicago. The iconic fountain_one of the largest in the world_was dedicated and opened to the public in 1927. While in operation, every hour on the hour for 20 minutes, the Fountain produces a major water display which at dusk, is accompanied by a major light display. Buckingham Fountain will be closing for the on Sunday for the season. (AP Photo/M. Spencer Green)

Just missing admittance into the top 10, Chicago was recently named to have the 11th best U.S. city park system.

Tied with Seattle and up four spots from last year, The Trust for Public Land’s Parkscore Index named Chicago number 11 on their list, which measures how cities are meeting the needs of their residents in regards to parks. This includes park access, size, financial investment and amenities, according to the Chicago Tribune.

This year’s step-up for Chicago is credited to the inclusion of school playgrounds and athletic fields open to the public outside of school hours. This increases overall park access for many Chicagoans.

“Chicago has been for many decades on the cutting edge of park development and [it] continues to be,” Adrian Benepe, senior vice president and director of city park development for The Trust for Public Land told the Tribune. “Things like Millennium Park, Maggie Daley Park, the Riverwalk and The 606 and recent improvements to Navy Pier are all cutting-edge projects.”

RELATED: Chicago niceness? It’s a thing and it turns out it’s really good for business

The 606 was a joint project between the city of Chicago and The Trust for Public Land which created an elevated trail connecting to four parks. The 606 connects parks in Bucktown, Wicker Park, Humboldt Park and Logan Square.

One focus of the list is the access that residents have to a local park and The Trust for Public Land said about 97 percent of Chicagoans live within a 10 minute walk of a park. This is significantly above the average of 66 percent of residents in most cities.

“Chicago really hits it out of the park on the 10 minute walk to a park,” Benepe told the Tribune.

In addition, the parks in Chicago are evenly dispersed throughout the city, despite the common misplaced complaint that the South Side lacks park amenities. Benepe told the Tribune improvements could be made in the city on the Northwest side near O’Hare Airport and on the Southwest side near Midway Airport.