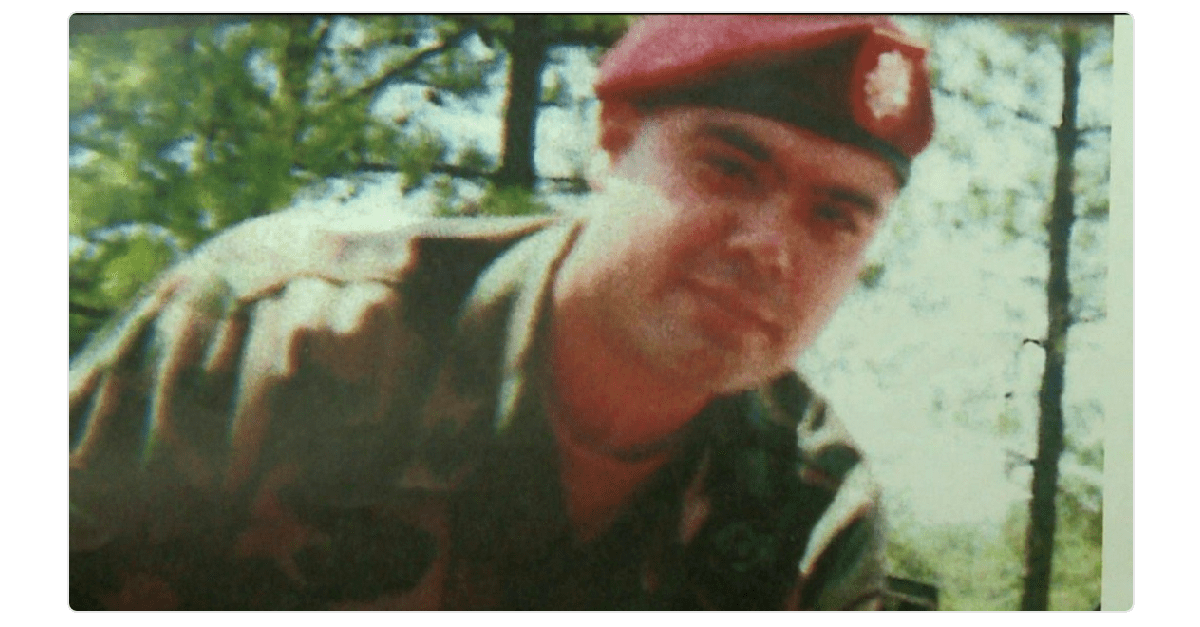 Miguel Perez Jr. moved to Chicago from Mexico when he was 8-years-old. Perez, now 39, became a legal U.S. resident in 2001 but he has never obtained his citizenship, although he mistakenly believed he had.

Perez believed that taking an oath to protect the nation granted citizenship. He went on to serve two tours of duty in Afghanistan. During his time there, he suffered a brain injury from an explosion.

Because of the injury and being diagnosed with post-traumatic stress disorder, Perez found it difficult to find work back home. That’s when he turned to a life of crime selling drugs, and became addicted himself, according to WGN.

After losing an appeal last week, he is now scheduled to be deported back to Mexico. His family, including an 18-year-old daughter and 12-year-old son, both of whom are legal citizens, are worried that his life will be in danger if he is sent away.

“If you?re going to put your hand on your hearts every time at a game, you?re going to say thank you for your service and wear American flag lapel pins and you?re going to criticize football players for taking a knee during the national anthem, it seems that?s all superficial and false patriotism if you?re not caring about an actual military veteran,” said Perez’s attorney Chris Bergin.

Perez even cited the United Nations Convention Against Torture, an international provision that prevents a nation from turning anyone away who may be in danger in another country. But the court’s just aren’t hearing it.

?Every step of the way we?ve tried to get somebody to be sympathetic and reasonable,? said Bergin.

Bergin is arguing that because of Perez’s injuries and PTSD, he should be allowed to stay in the US. He is also seeking retroactive citizenship to remedy the oversight from 2001.

RELATED: One Colorado congressman thinks he?s going to stick it to Trump with this State of the Union guest

“He defended this country, and the same system wants to throw him away like garbage,” Perez’s mother said through a translator. “It?s so sad for me to think if they send him back to Mexico he?d be just another statistic.”

According to the Department of Defense, there are approximately 18,700 legal permanent residents serving in the U.S. military. About 5,000 new recruits join every year.