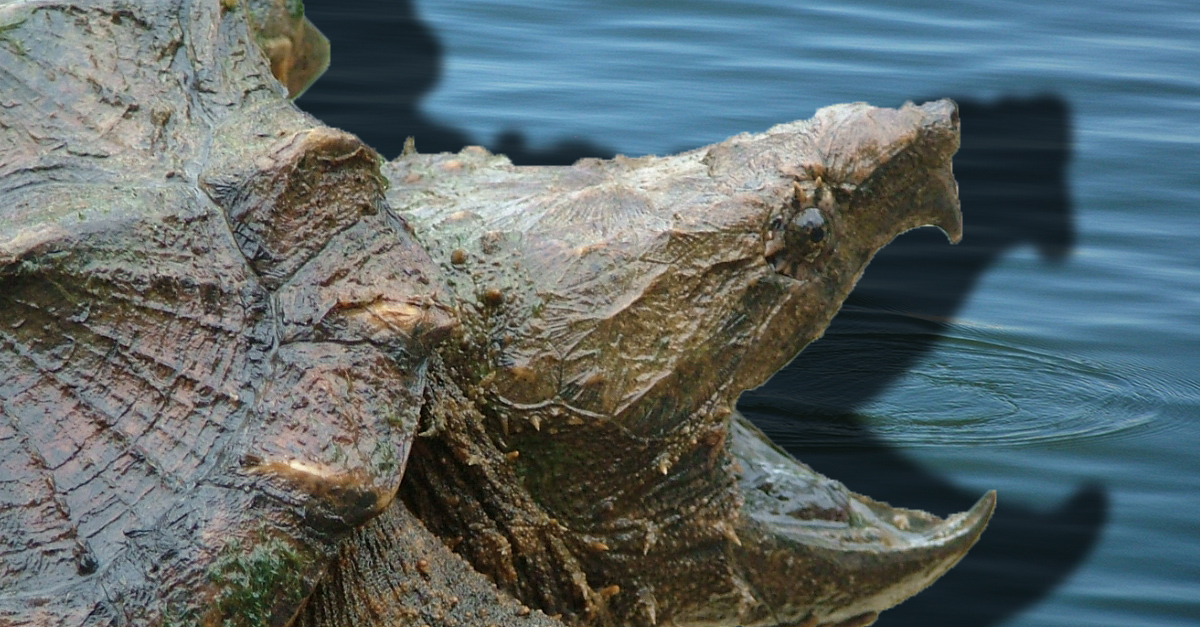 There are plenty of creatures crawling about the earth’s surface that look like they just hopped out of a time machine from the Cretaceous period (see: the Coconut Crab), but perhaps no animal resembles a discarded dinosaur more than the alligator snapping turtle.

If you’ve ever been lucky enough to come across the alligator snapping turtle, you definitely remember it. These guys have a face that not even a blind mother could love and now Illinois natives are lucky enough count themselves among the states who may host the critters. For years, researchers have been trying to get these things living in the region — releasing turtles born in captivity into the Illinois-wilderness. And finally, it seems that the alligator snapping turtle has found a home in the prairie state.

The University of Illinois recently published an announcement that a local herpetologist — a guy who studies amphibians and reptiles — discovered an 18-year-old specimen in the southern part of the state. He’s quoted as saying “I felt along its back to where I thought the shell should end, but my hand just kept on going.” It turns out that the prehistoric-looking beast was a 22-inch-long female. Even better for the conservationists, there was no tracking device on this ugly lady’s back, meaning that she wasn’t one of the turtles released by researchers.

Southern Illinois is about as far north as alligator snapping turtles will travel. And a wild specimen hasn’t been uncovered for over 30 years. Since 1999, the animals have been listed as endangered in Illinois; and nationwide, there really aren’t enough of them to occupy their spot on the top of food chain and the bottom of mother nature’s beauty pageant.

RELATED: No fish tale: Watch fishermen unload an absurd number of turtles from their catch?s belly

In fact, we don’t know all that much about the creatures — it was only in 2014 that the Center for Biological Diversity figured out that there are actually three species of alligator snapping turtle. In a press release from that update, a biologist at the CBD stated “This new study shows the extremely rare alligator snapping turtle is even rarer than we thought,” and added “if we don’t act quickly to protect these dinosaurs of the turtle world, they, too, could go extinct.”

In their background of the reptile, the center wrote that they were common in the early 20th century but overharvest and a shrinking habitat has led to a decline of up to 95 percent. Also, in case you were doubting the power of their jowls, here’s a video of one mutilating a pineapple:

Alligator snapping turtles really embody the “turtle” stereotype; taking laziness to a whole new level. They spend most of their time lounging along murky riverbeds and literally pretending that their tongue is a worm, hoping to lure a tasty snack. In fact, they’re so sedentary that algae sometimes grows on their backs.

The species has an astounding lifespan, growing to 100 years old–Illinois graduate student Ethan Kessler noted that the species they found might just be a lonely survivor, telling USA Today “When a population dies out, a single turtle may wander around like a zombie waiting for the end of its days,” which is a pretty depressing reality — even for the alligator snapping turtle.