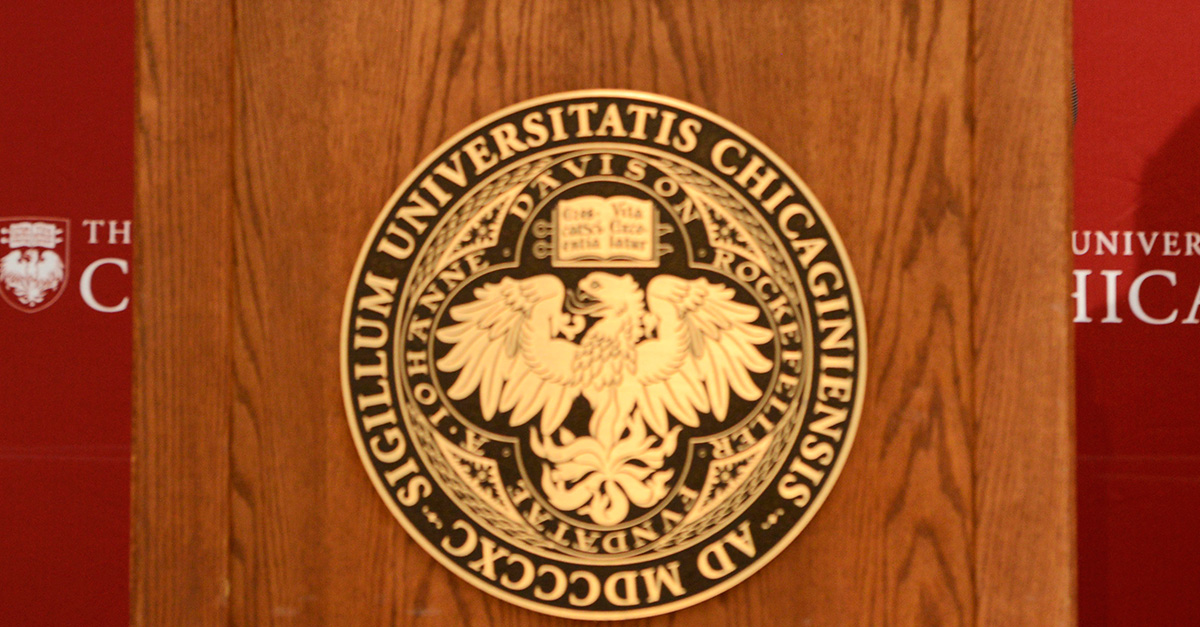 AP Photo/Paul Beaty
University of Chicago professor Richard Thaler, center, is welcomed as Booth School of Business dean Madhar Rajan left, and University of Chicago president Robert J. Zimmer right, during a news conference announcing Thaler as the winner of the Nobel Prize for economics Monday, Oct. 9, 2017, in Chicago. Thaler won for documenting the way people’s behavior doesn’t conform to economic models. As one of the founders of behavioral economics, he has helped change the way economists look at the world. (AP Photo/Paul Beaty)

The university announced Griffin’s gift Wednesday, saying it’s the second-largest in school history and brings his personal donations to the school to nearly $150 million.

The school’s economics department, which boasts being associated with 29 scholars who have received the Nobel Prize for economics, will now be known as the Kenneth C. Griffin Department of Economics.

RELATED: This ‘Queen’ may be enrolling at the University of Chicago

Griffin is founder and CEO of asset management company Citadel. He joined the university’s board of trustees in 2014. He says he’s proud to support a school that’s produced “pioneering research and path-breaking ideas.”