The Wiener’s Circle strikes AGAIN, bashing Trump on their marquee 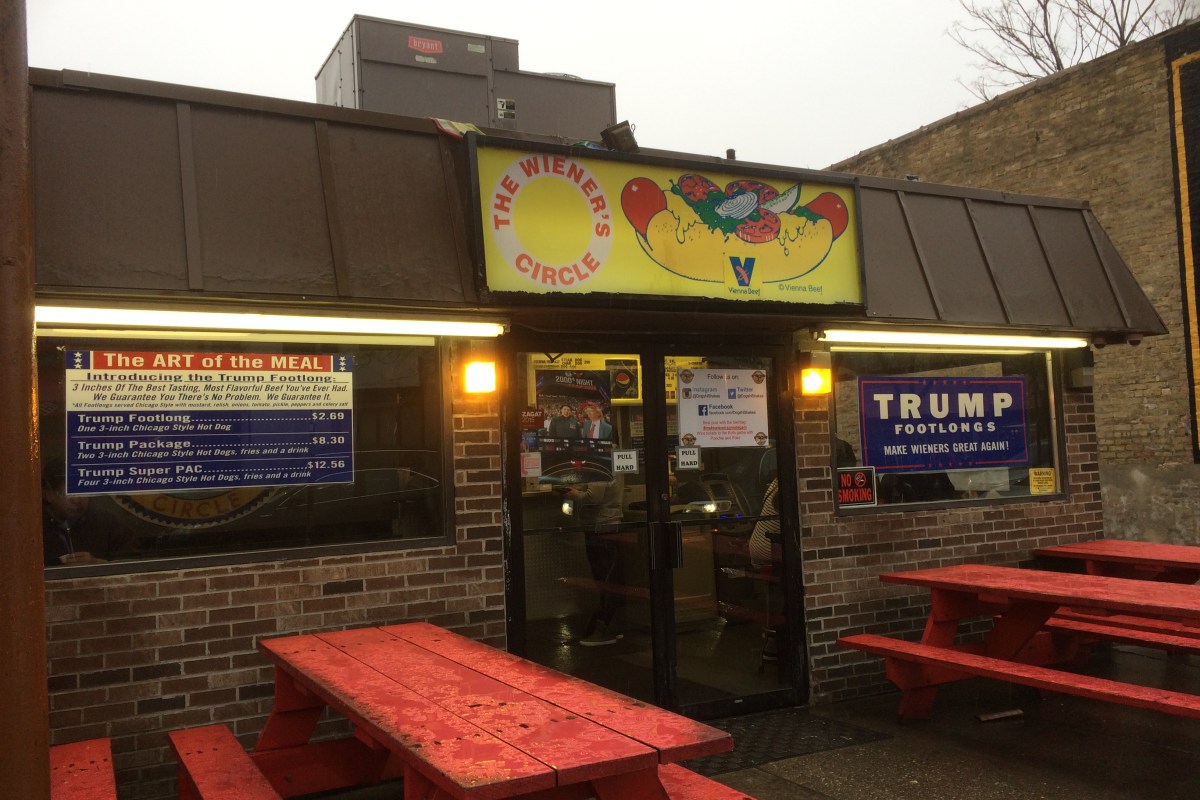 If you don’t know what the Wiener’s Circle is, don’t panic, it is not Anthony Wiener’s closest group of BFFs.

It’s a pretty famous Chicago sausage joint, that has been considered one of the most foul-mouthed establishments in the neighborhood. People don’t just come for the food — they come, and stay, for the entertainment: a staff of kitchen workers who hurl profane insults at every customer with the guts to eat there.

RELATED: Trump’s on a Chicago eatery’s hit list, and they just threw the first punch

At about half the height of the other single-story buildings on the block, the brown brick Weiner’s Circle is the runt of this stretch on North Clark. The bright red picnic tables outside are always packed late at night with loud patrons gobbling down food served on red and white paper trays. Inside, the aging tiles and wood paneling suggest that the place hasn’t changed much since opening in the ‘80s.

It goes without saying that ever since Donald Trump got elected into office, the whole country is a bit more foul-mouthed than before, and the Wiener’s Circle is not holding back.

Earlier this month, they posted a message directed to Trump, responding to his Tweet about how he is so, “mentally stable.”

The Wiener’s Circle won’t be running out of material any time soon, given the fact that Trump says something insulting and stupid like 3 times a day. This week, they responded to his comment about immigrants, you know the ones from, “sh*t-hole countries.”

From our shithole to yours pic.twitter.com/MA9e2SfQsk

The crowd is loving it and replying by the minute.

Where is it located? if nearby I'll go just because of the sign

I just called
To say
I love [your sign] pic.twitter.com/IUUqaoyMH6

Someone even pointed out that other places of business are also responding loudly.

Besides Twitter, it looks like Donald better watch out with what he says ANYWHERE. You never know who is listening.