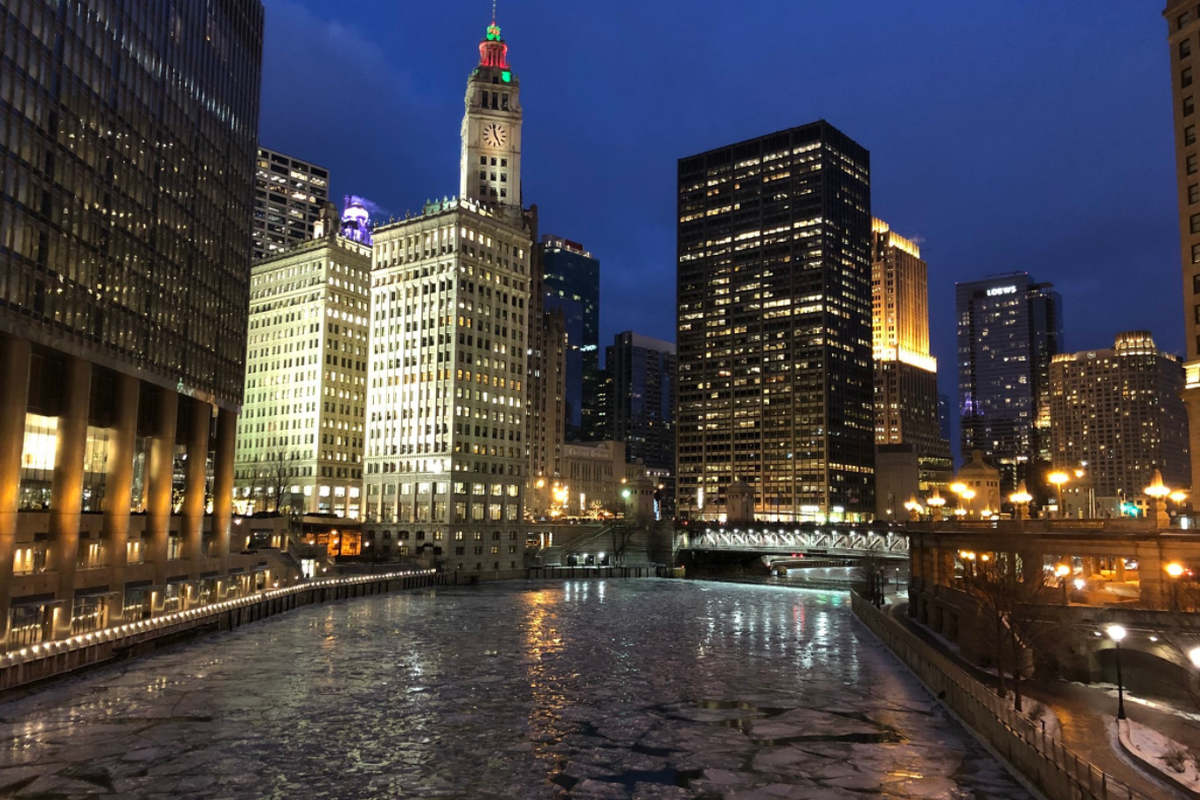 Chicago ushered in 2018 with the coldest temperature in nearly 50 years. The city’s high on Jan. 1 was just 1 degree, according to the National Weather Service. The previous record of 5 degrees was set in 1969 on New Year’s Day.

The extreme cold made Tuesday’s commutes tough for people heading back to work for the first time since the holidays. High temperatures only reached into the low teens Tuesday. The National Weather Service said a Wind Chill Advisory was in effect until noon.

It seems that the week?s lingering cold may have created what appears to be sheets of ice on the Chicago River and along the shores of Lake Michigan. The ice has made waves through social media with many claiming that the Chicago River has been frozen solid.

Video shows the surface of the Chicago River partially frozen over as extreme cold hits the Midwest. pic.twitter.com/GUhDhDrXVf

Alas, experts have released a statement claiming there is no need for the panic, the sheets of ice formed do not necessarily mean the river is frozen solid.

Gino Izzi, a meteorologist at the National Weather Service?s Romeoville office, spoke to The Chicago Tribune:

“Over time in general, ice is going to grow thicker the longer you stay cold and the colder you are. Certainly the lake, but most rivers are going to have open water below the ice. The thickness of the (ice on the) lake is going to vary on how long you’ve accumulated the cold and how long the ice has been growing and thickening. The ice on Lake Michigan at this point on the western shore is obviously very new and not very thick.?

NWS meteorologist Matt Friedlein warns Chicagoans on how to handle the frigid temperatures, besides posting on social media:

?Cold weather can catch you off-guard. Dress in layers, limit the amount of time you?re outside, especially any exposed skin. The combination of the temperatures and winds can be dangerous. Pets should be brought indoors and people should stock their cars with extra clothes or blankets in case of an emergency. Have some way to contact people in case you get stranded in winter conditions because when the heat goes out it can be dangerous very quickly in this type of cold.?

The James J. Versluis, an 80-foot tugboat in service as an ice-breaker since 1957, cuts through a frozen Chicago River pic.twitter.com/00GB8co3Rr

Those without shelter are encouraged to visit warming shelters. OEMC said there are close to 30 warming shelters set up across the city, which are not being used to capacity at this point. If you find yourself without adequate heat, officials said you should use those warming centers as needed.

RELATED: Erie, Pennsylvania looks like it got swallowed by a record 5 ft. of snow

The extremely cold temperatures are a health risk for everyone. Gloves, thick socks, scarves, and hats are essential. Anyone who needs to even step outside should dress in warm layers and cover as much skin as possible to prevent hypothermia and frostbite.