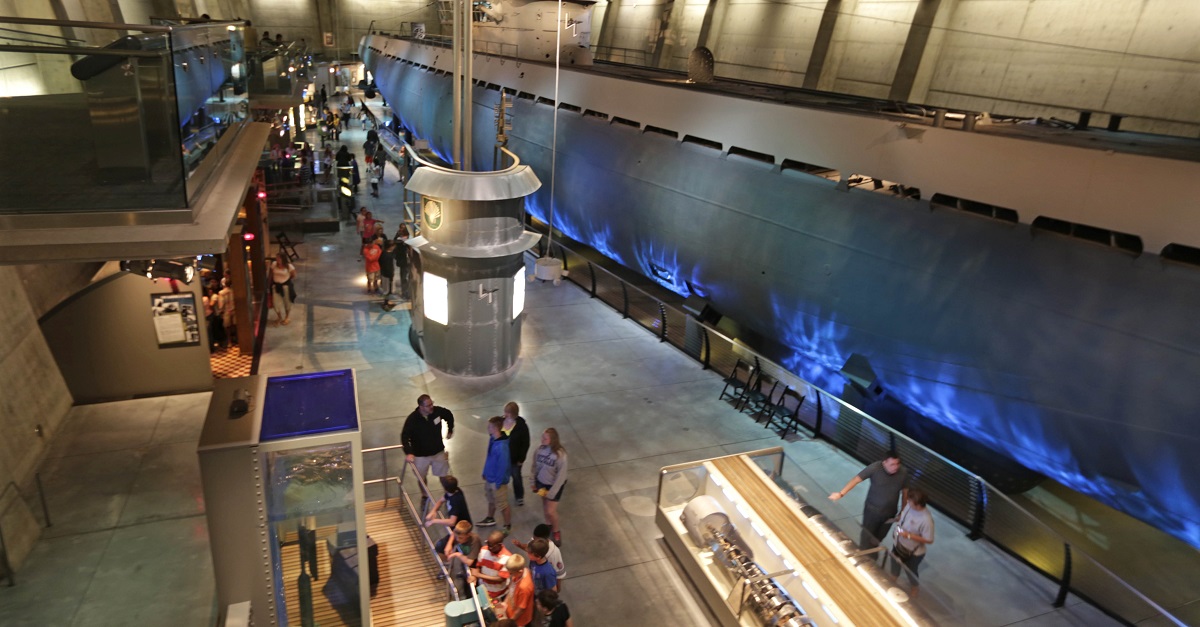 AP Photo/Stacy Thacker
Visitors and veterans look at the interactive displays by the U-505 German submarine exhibit at Chicago's Museum of Science and Industry Wednesday, June 4, 2014, during a gathering to mark the 70th anniversary of the capture of the vessel. It is the only German submarine the U.S. Navy captured during the war and one of five left in the world. (AP Photo/Stacy Thacker)

Chicago has a plethora of museums across the city. 11 of these museums exist on Park District property, which divides $29.6 million in annual subsidies from property taxes between them.

In addition to grants, private donations, and special events, the rest of museum revenue comes from admissions and two of city’s most popular have the Park District Board to vote today on increasing fares.

One of which is Hyde Park’s Museum of Science and Industry which has been around since 1933. Their requested increase in admission is:

In an email to the Chicago Tribune, museum spokeswoman Amy Patti said that “[t]his requested price increase — the museum’s first in five years — will allow the Museum of Science and Industry to ensure sustainability of our facilities and programs so we can continue to proudly serve the Chicago community by remaining a place for all can celebrate and be inspired by science.”

Currently, the museum offers $2 off admission when visitors purchase tickets online in advance of their visit. There are also 52 free days in 2018 for all Illinois residents. It has not been reported if either of these would be affected by the admission increase.

The Chicago History Museum in Lincoln Park is also looking for a fare increase. Their proposed prices would be:

The fare increases would help the museum avoid reducing hours, programs, and services. The museum is currently free for Illinois residents every Tuesday.

If approved the new admission costs will go into effect on February 1st.

RELATED: Field Museum is going to be replacing Sue the T.Rex with something even cooler!

Recently in New York City, the Metropolitan Museum of Art changed their admission policy for the first time in fifty years, charging a mandatory admission of $25 for out of state visitors.

Previously, the museum was charging a pay-what-you-want admission, but a declining number of people willing to pay the suggested admission (also $25) has caused a period of financial turmoil for the New York institution.