At a South Side gas station, a panicked woman leaped onto the hood of her car at to come between a thief driving off in a car — with a baby according to police. Believed to be the mother of the child, the 24-year-old woman left her 2016 Volkswagen running at a gas pump when she walked into the station at 7 a.m. Sept. 18.

According to surveillance video at 3101 S. Michigan, it shows the woman leaving her car at the gas pump to walk into the station. As soon as she leaves the car, a white car pulls up on the other side of the pump.

The thief, who is wearing a dark sweatshirt, nonchalantly gets out of the white car’s driver’s side and walks over the woman’s Volkswagen and gets in. The woman sees this and immediately runs out of the station and tries to stop the car but stumbles.

The thief drives out of the camera shot but police say the woman chased the down the car and leaped onto the hood. The thief then ran away leaving the child unhurt, according to police. Manager of the gas station, Jamie Alissa, said he was there during the theft attempt and said the child could not have been older than 6 months old.

He said he caught it all on security cameras and handed over the footage to police including a clip that shows two men stealing a purse out of another parked car immediately before trying to steal the Vw. The incident was one of four cases last week of car thieves attempting to swipe vehicles at gas stations.

Police say another car was stolen with a child inside but they were not able to provide the specific incident or how to old the child was. Police say the child was found a short distance away and unharmed. According to police, the other cars that were attempted stolen were also left running at gas stations in Grand Boulevard and Douglas between Sept. 12 and Thursday.

RELATED: A suspected car thief who climbed a 100-foot crane while mocking police made a fatal misstep

We have listed of where and when the car thefts occurred:

Police continue to warn people not to leave their cars running while getting gas or to leave small children unattended. Anyone with information about any of the incidents is encouraged to call the Area Central Bureau of Detectives at 312-747-8380. 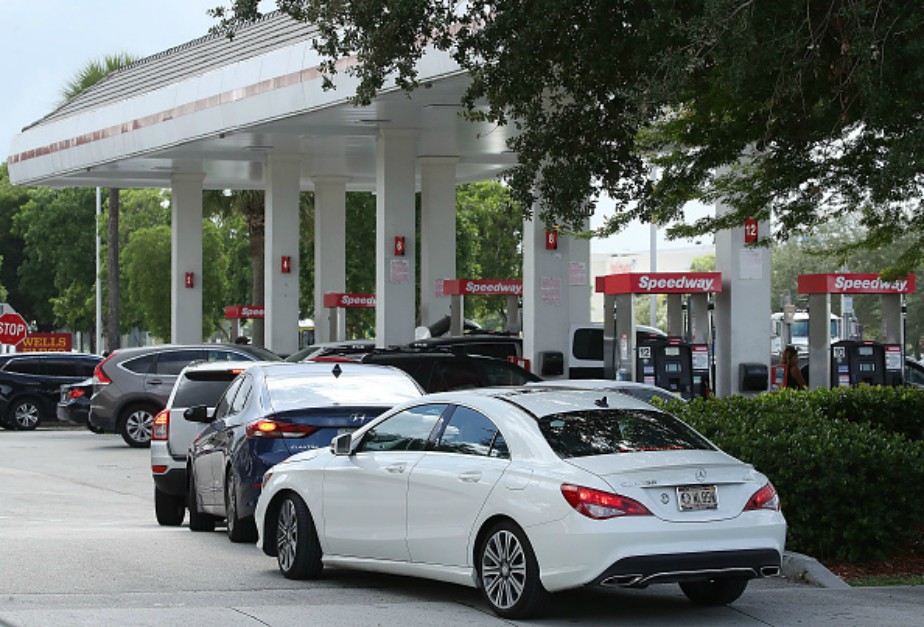