This Chicago police officer needs your help to win $100,000 for her after-school programs 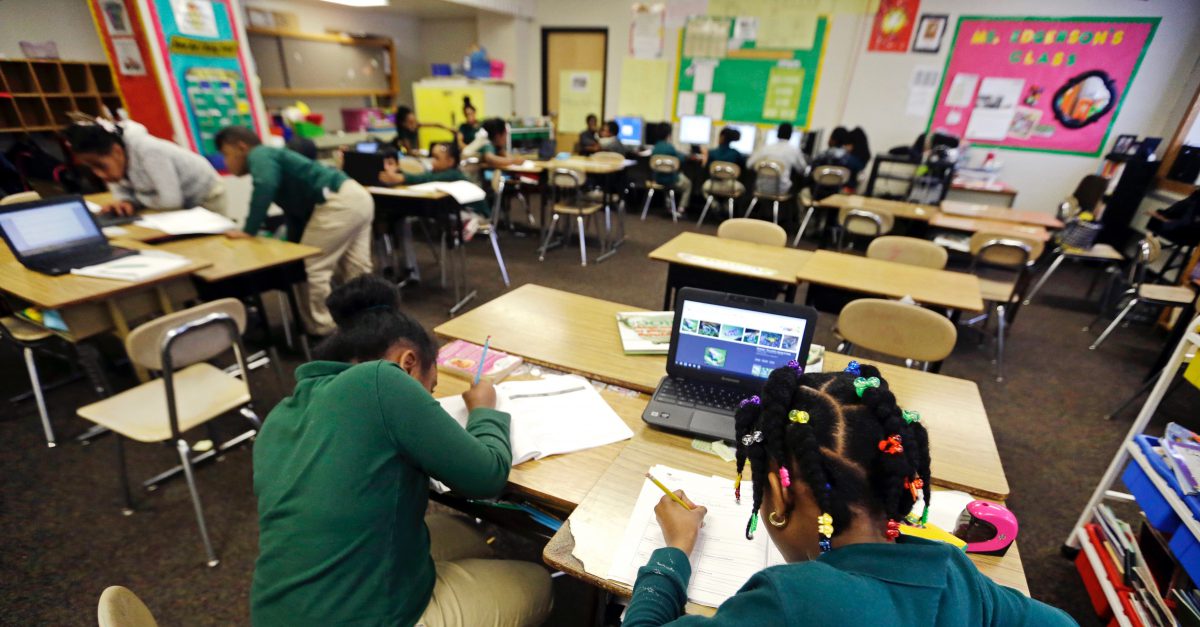 AP Photo/Elise Amendola
HOLD FOR STY MOVING MARCH 2 In this Feb. 23, 2017 photo, students work on a project in teacher Annika Edgerson's third-grade classroom at the Martin Luther King Jr. Elementary School in Hartford, Conn. In the years since a desegregation order, Hartford has collected accolades nationally as a school choice success story. Yet while its magnet schools are celebrated for raising the bar academically and bringing together kids from the suburbs and the city, roughly half the students in Connecticut’s poor capital city remain in schools that are moving in the opposite direction. (AP Photo/Elise Amendola)

Violence in Chicago is constantly in the national spotlight. But the stories that are less heard are those of people that are trying to fix this skewed perspective.

20-year-veteran Chicago police officer Jennifer Maddox is one of those people trying to create outlets for youth that don’t involve violence or street gangs.

RELATED: The heartwarming story of how a young son paid back police officers after his father?s death

She developed Future Ties in 2011, an after-school program that provides a space for kids K-5 and helps with homework and other activities. There is a summer camp for when school is not in session and they provide field trips and an upcoming Thanksgiving Dinner is planned as well.

The program takes place in Parkway Gardens on a stretch of King Drive from 63rd to 66th. This neighborhood in particular is known for its violence; it is the former home of rapper Chief Keef but also First Lady Michelle Obama.

In an interview with CNN, Maddox discussed why she developed this program. ?I’m trying to give them a sense of belonging, because that’s what I had as a child coming up, and that’s what I gave my children when they were growing up. And I think we’ve gotten away from it. I want them to have that feeling of being at home, safe and at peace.?

She also talked about misconceptions of officers as a whole. ?I think there are a lot of misconceptions about police officers?that they’re not fair, that they are the authority figure that doesn’t care about the individual. That’s not true of most officers. There are many of us in uniform who do care about the communities we police.?

Maddox explains in her own words what she is trying to achieve with her program and provides a bit of behind the scenes footage of their Parkway Gardens facility. Part of the importance of the program is that it takes place right in the community where the children live so that they don’t have to travel to different neighborhoods they may be unfamiliar with or crossing potential gang boundaries.

Through her work with Future Ties, Maddox is now being recognized by CNN as ?Hero of the Year.? Through this award, she will already receive $10,000 to support the program. But there’s another potential $100,000 if enough people vote for her work.

RELATED: Police officer called to pick up boy left at school, treats him to a birthday celebration he wasn?t expecting

Voting is open through Wednesday, December 13th at 2AM Central Time. You can vote through the CNN website or by sending them a message to their Facebook page and can vote up to ten times each day.

If you want to get more directly involved with Future Ties, you can donate here and sign up for their newsletter to learn about volunteer opportunities.