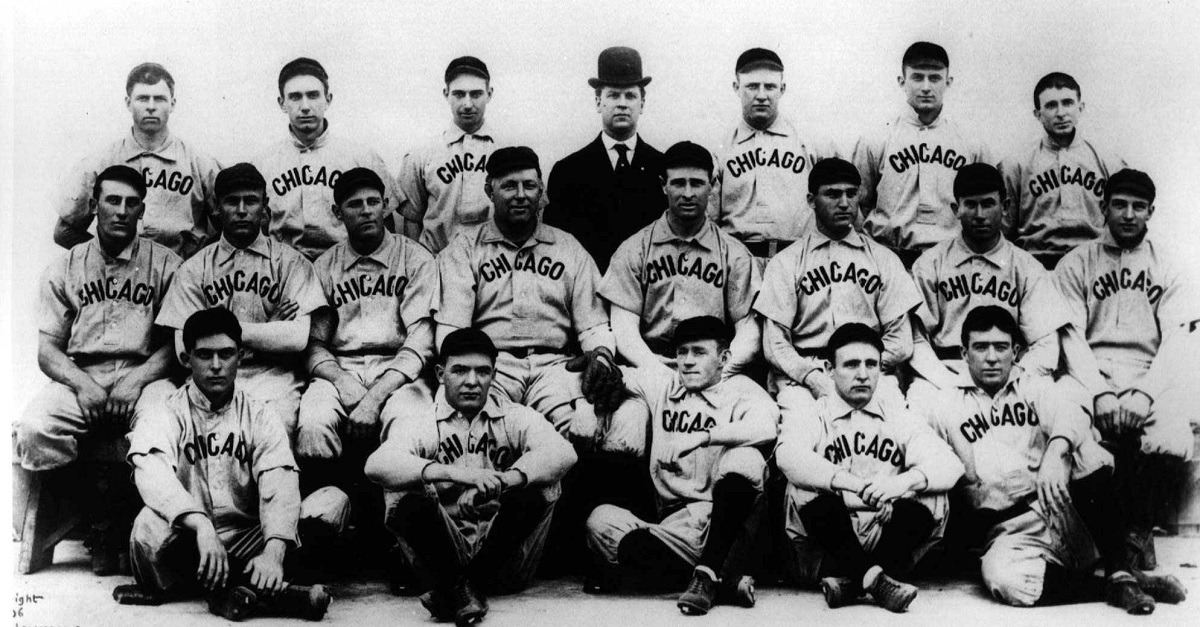 Thought you were a Cubs fan? Would you be willing to drop six figures on every Cubs baseball card made since 1887 to prove it?

An anonymous collector is selling off his collection which contains cards since before the river was reversed or the World’s Columbian Exposition took place.

The collector is getting help from Bard Parvin, owner of the Collector’s Bench in Rockford.

The collection sits in dozens of binders with seemingly too many cards to count. Early entries in the collection didn’t come in packs of cards or with chewing gum: they used to be distributed in packs of tobacco and cigarettes.

Some of the highlights of the set include pitcher Mordecai Brown and infielder Frank Chance, both part of the 1908 World Series team. There’s an Ernie Banks rookie card too.

And it’s not just cards. There are sets of team photos and even a Dunkin Donuts sponsored bumper sticker series from 1969.

RELATED: The oldest building in Chicago is?surprisingly difficult to determine

The collection seems unbelievable but WGN has the video to prove it. For his part, Parvin hopes the collection can make its way to the Cubs franchise to properly document the team’s history.