This is one of the weirdest CTA stories EVER 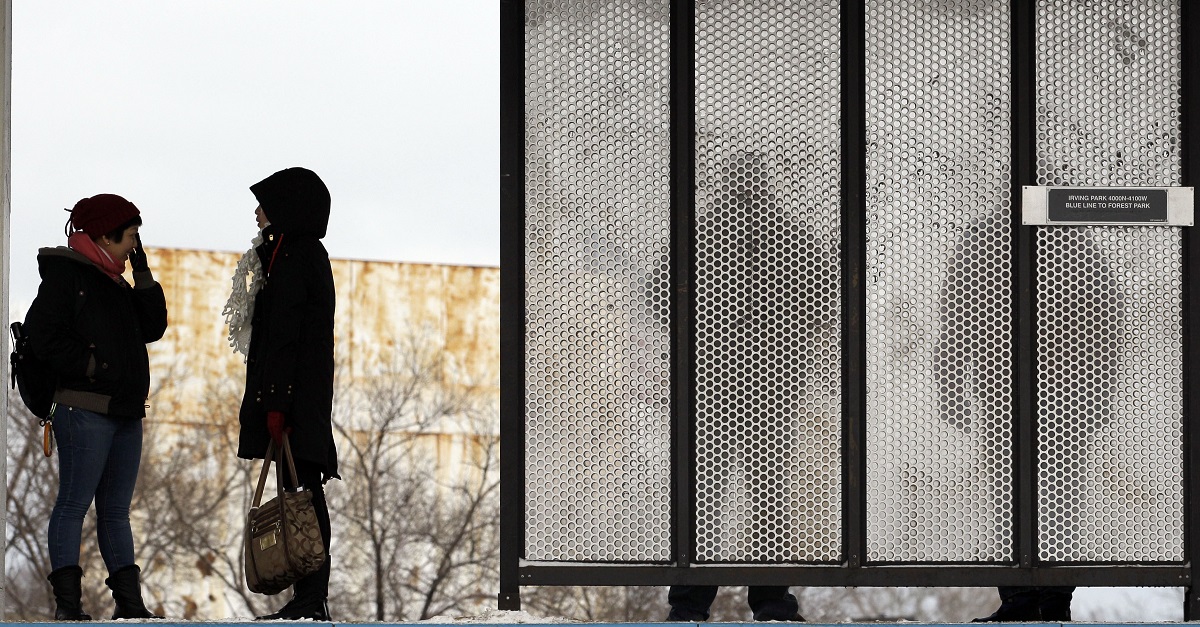 AP Photo/Nam Y. Huh
Pedestrians wait for a CTA train at Blue Line in Chicago on Friday, Jan. 13, 2012. The next weather worry is extreme cold. Wind chills are expected to drop to 5 below to 10 below across much of the area tonight into Saturday morning. And the weather service continued to warn of blowing and drifting snow. (AP Photo/Nam Y. Huh)

?Hey, every Chicagoan needs a CTA story and now I?ve got mine,? Leora Arsers said after one the weirdest stories to come out of the CTA. And that is some tough competition.

During the evening rush hour commute on Thursday, 26-year-old Arsers was just sitting on the Red Line minding her own business. She was on a Southbound train headed home in Lakeview.

And then, out of nowhere, the man sitting across from her started spraying her with an unknown liquid from a water bottle.

“He flung some sort of chemical on me,? she said. ?I thought it might have been paint thinner, just from the smell.?

The man responsible for all of this was taken into custody and although there were delays, normal train service resumed within an hour of the incident.

Both a CTA employee and a police officer were taken to hospitals for smoke inhalation and other minor injuries. Arsers was not treated for any injuries, but the Tribune did note that she still smelled like fumes for awhile after the incident.

She used rideshare to eventually get home.

RELATED: Chicagoans really love the voice on the CTA

Just another reminder to always remain aware of your surroundings on the CTA. At least this time, it wasn’t a sock filled with feces.