London Mills, Illinois may not be considered a foodie destination, but anyone with a serious appetite will definitely want to head to the small town.

Located between Peoria and Galesburg, London Mills is about 200 miles from Chicago. The drive takes about three hours and change. But don’t make a pit-stop on your way: save room for the two pound monster pork tenderloin sandwich at Spoonies Bar and Grill.

RELATED: The biggest food debate has been settled by a surprising candidate

“(It scares) many people,” Spoonies manager Ethan Boyer told WQAD. “When you take them out a sandwich that can feed their whole family and each of them get one…’Where am I supposed to put the rest?’…Is always a question.”

Intimidating as it may seem, the restaurant sells up to 400 of these bad boys a week. The sandwich only sets you back ten bucks and that includes a side of fries.

As with many great recipes, the idea started out as a joke. Boyer said that they were “[t]ired of making so many cuts and pound so many (tenderloins) out so we thought we’d do them bigger.”

Despite the size, the restaurant is committed to making the sandwich tasty. “Something that we really focus on is making sure it’s very tender, it’s very juicy with a lot of flavor,” said Boyer.

The sandwich has naturally received a lot of attention on social media and has helped attract and international audience. Boyer said that one night while he was working, he “had a guy from Ireland come in. How is someone from Ireland hearing about my tenderloin? It’s crazy what social media can do these days.”

But don’t take his word for it. Check out these pics for yourself:

RELATED: Not to challenge you, but is the Impossible Burger a possible health hazard? 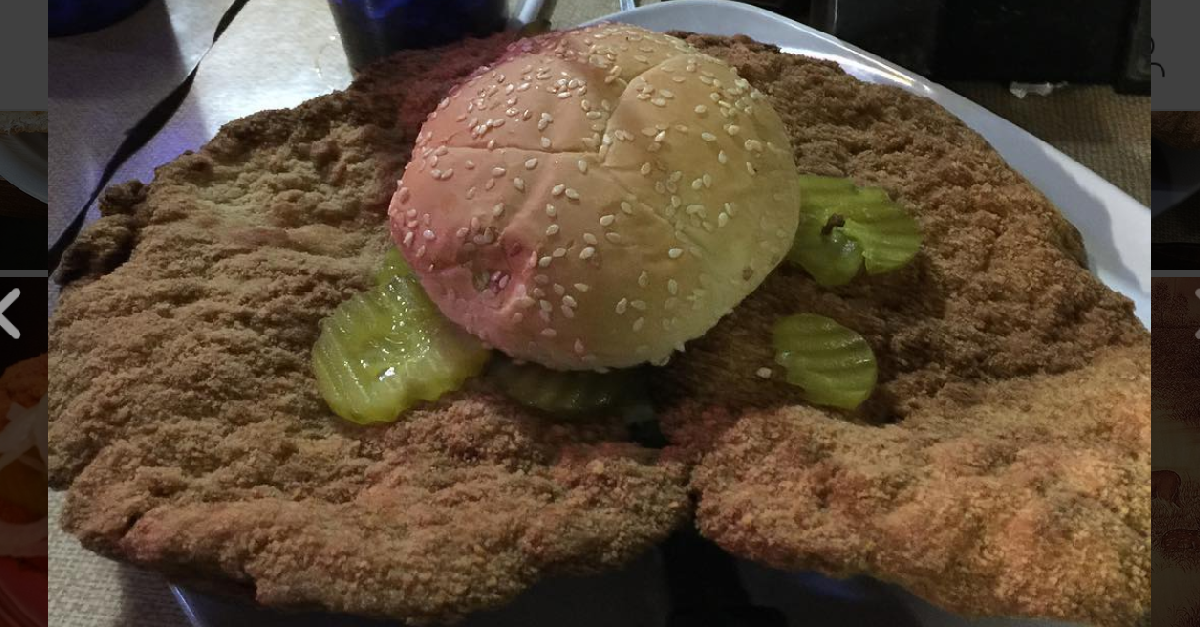