This small plane was cleared for landing until the unthinkable happened 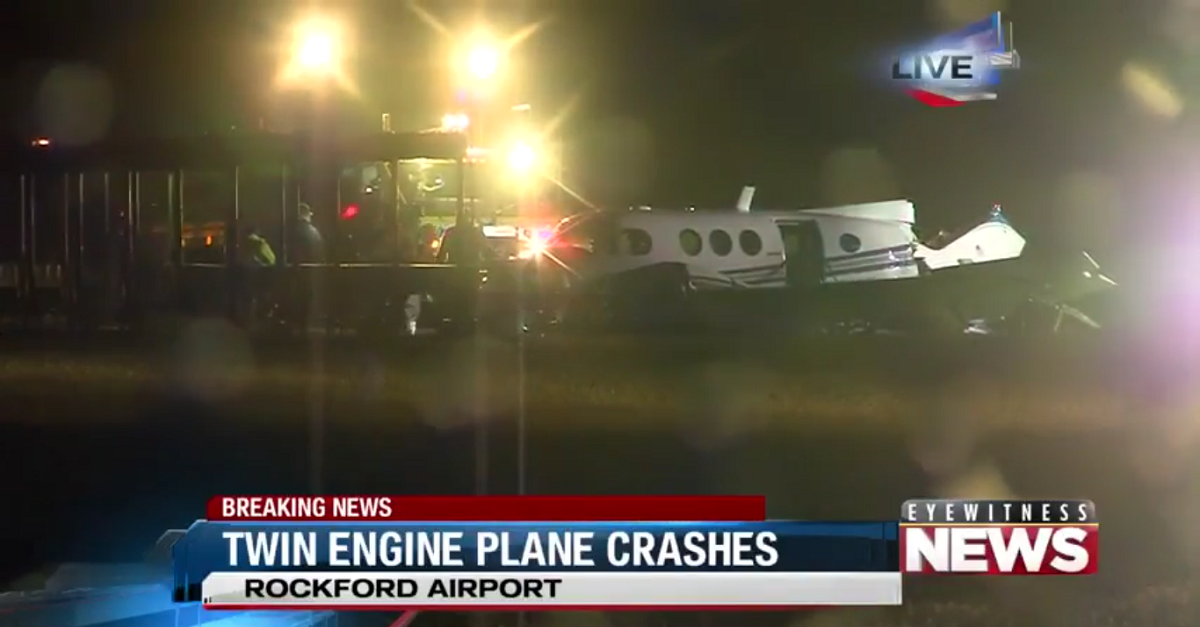 On Monday evening at around 6 PM, a small plane crashed at Chicago Rockford International Airport, injuring two adults and two minors who were hospitalized after the crash.

The plane was set for a smooth landing, showing no signs of distress according to WGN. But it clipped a fence that surrounds the perimeter of the airport and the plane ended up short of the runway.
RELATED: Imagine flying over an ocean and your engine falls apart ? these passengers don?t have to

Of the four passengers on the plane, two are in the hospital in critical condition, one is “walking wounded” and the fourth was assisted off the plane. There has been no update on the state of the pilot as of yet.

No cause has been announced for the reason of the crash as of yet, but it was an evening where gusts of wind were reaching up to 50 mph. The tail end of the plane, which is a King Air C-90, has split in two. Officials from the Federal Aviation Administration and the National Transportation Safety Board will continue to investigate the reason for the crash. However, these kinds of investigations can take from several months to a year to complete.

?There?s no indication that?s what caused it,? said National Weather Service meteorologist Mark Ratzner. ?It?s very early on into this.?

The airport is located about 85 miles northwest of downtown Chicago and is the busiest airport in Illinois outside of O’Hare and Midway.

Last July, a small plain crashed into a house in Plainfield, right outside of Joliet. The cause for that crash is believed to be a fuel tank rupture. The crash killed the pilot and burned the side of a home.

In 2014, a plane that had just taken off from Midway crashed into the home of a couple in their 80snearby on the 6500 block of South Knox Avenue. The pilot also perished in that flight, but no other injuries were reported.

Despite stories like these, most statistics still say that flying is still a safer way of getting around than driving. And although statistics show there is no comparison that flying is safer, “it may feel more dangerous because risk perception is based on more than facts, according to David Ropeik, risk communication instructor at Harvard School of Public Health.”
Advertisement