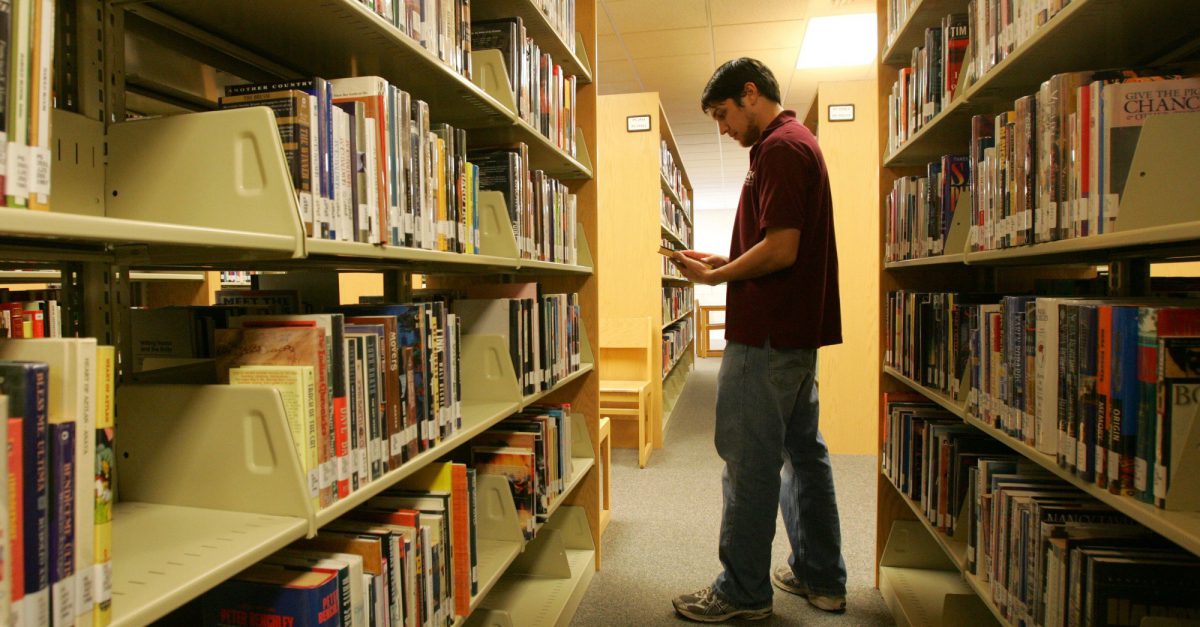 (AP Photo/Alex Jones)
Arnoldo Becho, reference circulation librarian at South Texas College, organizes his library's shelves on Friday, Aug. 3, 2007, in McAllen, Texas. Communities, public schools, and universities along the border are having a tough time finding and keeping librarians. Offering an average salary of $37,000 for a job that requires a graduate degree, public libraries are competing with corporations that need research specialists and can pay much more. (AP Photo/Alex Jones)

The West Chicago Public Library Board of Trustees just voted in favor of a book that some parents find to be controversial.

RELATED: One Fox News guest insisted that the Confederate flag and the Rainbow flag is one and the same

The book is called This Day in June (see the book trailer below) and is a picture book that depicts a Pride celebration.

According to the Windy City Times, a meeting on August 28th at the West Suburban library took place that ended with a 6-1 vote to retain the book. The parent who initially filed the complaint was at the meeting.

“The library is failing to respect a wide range of opinions of styles of child-rearing,” Michaela Jaros said. “My trust is lost in West Chicago Public Library to respect my personal discretion in choosing when and how I introduce these controversial topics to my children.”

Other people at the meeting talk about how the book is about acceptance and that it is a “beautiful” book, although even some supporters of keeping the book think it should be moved from the children’s section to somewhere else.

“The library should not be introducing our children to a moral or political point of view,” said Trustee David Reynolds.

According to Truth Against the Machine, roughly 150 people showed up for the meeting in support of keeping the book in the library. 13 people there were opposed to keeping the book. They were represented by the Illinois Family Institute which is recognized as a hate group by the Southern Poverty Law Center.

RELATED: Here are a few things people who don’t think transgender is real should think about

This is happening just in time for Banned Books Week which takes place September 24-30. The Chicago Public Library has a few events planned around the week and has even taken a look at other books that were controversial for their gay content.