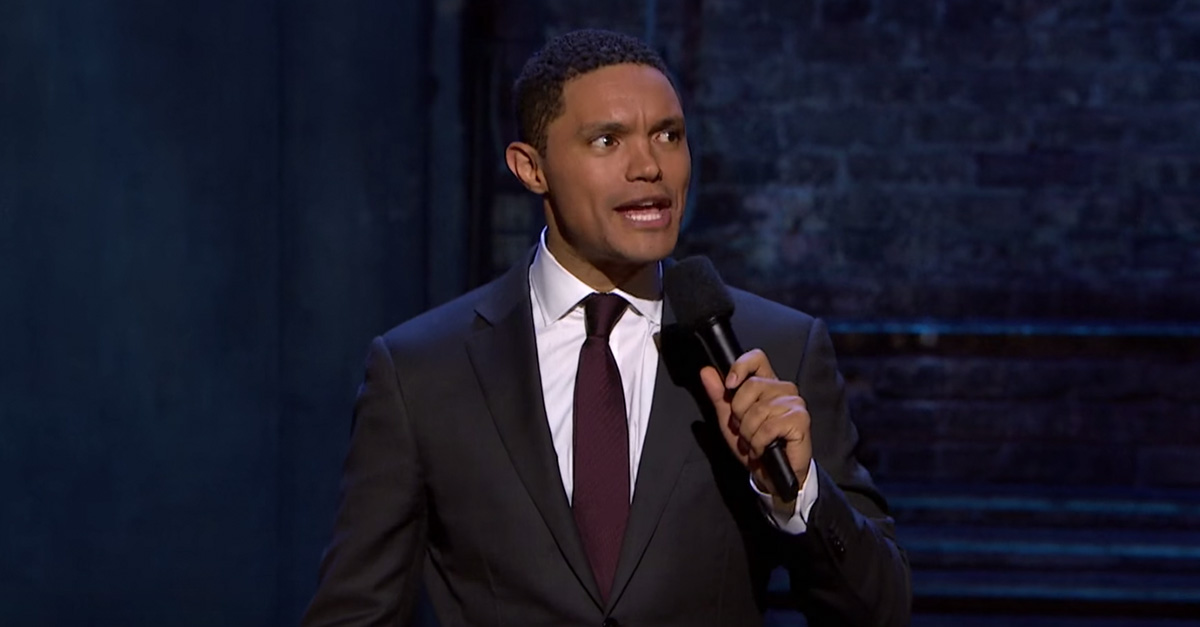 This week, Trevor Noah kicked off the Daily Show’s episodes from Chicago on Monday night – by taking a hard look at the city’s reputation as one of the most violent in the country, a reputation the president continues to parrot.

After a parody of Ferris Bueller?s Day Off that had the host singing ?Danke Schoen? on top of a parade float, Noah took the stage at the Athenaeum Theatre and delivered an opening monologue that was more like his latest stand-up special.

Within minutes, Noah acknowledged an ?unfortunate? truth that Chicago is ?famous for its violence,? a stereotype that even made its way into a cartoon that he watched as a young child in South Africa called “Sharky & George” about fish who fight crime in ?Seacago.?

Noah said he decided to take “The Daily Show” to Chicago because he views it as a ?microcosm for all the issues that the rest of the country faces.? And if he truly believed only what he heard on TV, he said he?d ?never want to come to Chicago.?

?According to the president, Chicago is basically Syria?but with different pizza,? Noah went on, meanwhile a montage of Trump smearing the city was shown. Since other cities in America have more violence per capita than Chicago, he asked, ?Why would the right be so obsessed with Chicago??

Noah then cuts to a series of clips of Fox News’ Sean Hannity, Brian Kilmeade and New York mayoral candidate Bo Dietl blaming President Barack Obama for failing to curb the violence in his ?hometown.?

?Oh, now I get it,? Noah said. ?When there?s shootings, Obama?s from Chicago. All the other times, he?s from Kenya. Now it makes sense.?

?These people don?t care about Chicago?s murder rates,? he went on. ?They care about how they can use Chicago to score political points. Ultimately, it doesn?t matter whether Chicago is ranked number one in murders or number nine in murders. What?s important is stopping the murders.?

“The Daily Show” – not one for just complaining about an issue – sent correspondent Roy Wood Jr. to follow Cure Violence?s Ceasefire program to see how they are actually making a difference. You can watch it here.