Trump’s on a Chicago eatery’s hit list, and they just threw the first punch 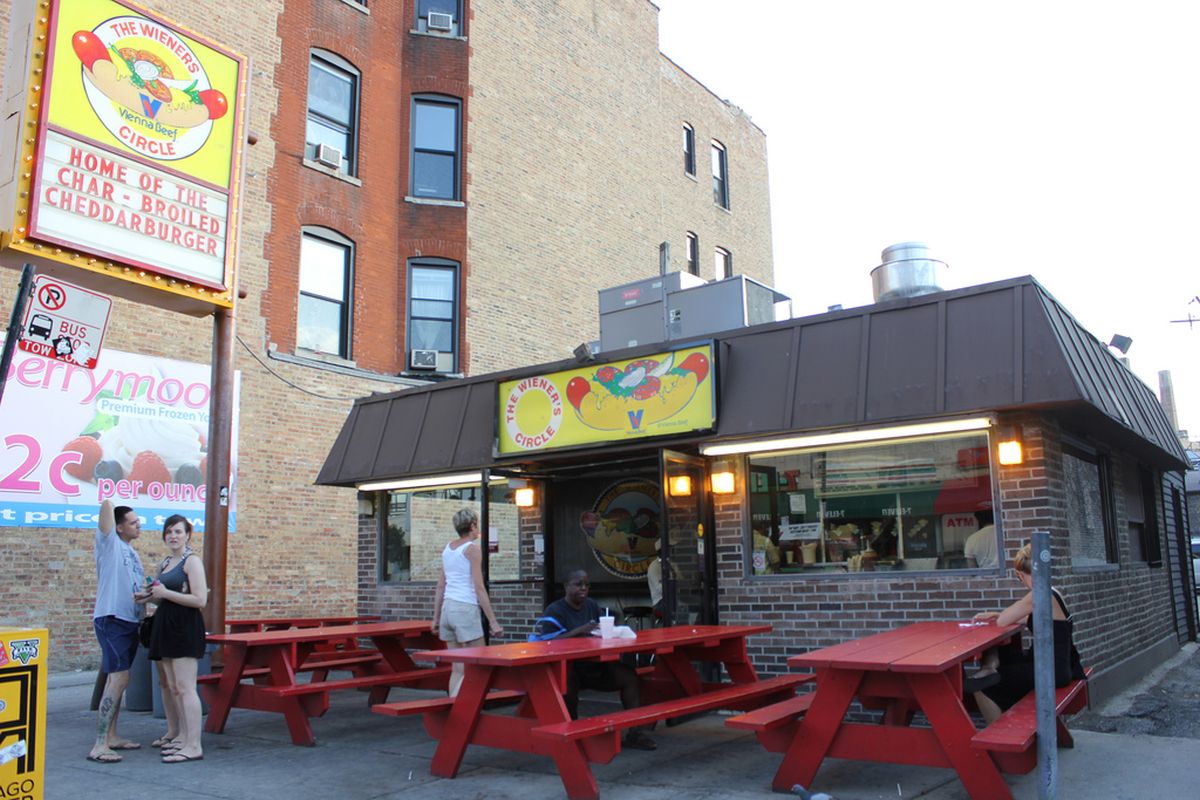 We all know POTUS enjoys his McD’s, Trump tower taco bowls, and himself. Which, sidenote, makes me wonder if he has ever had a home cooked meal? Does Melania even know how to cook? But that’s not the focus here.

A famed Chicago eatery, for weiners, of course, has made it loud and clear that they don’t want Trump anywhere near the delicious Vienna sausages.

Lincoln Park’s late night bar goers love The Wiener?s Circle, and they were certainly having a laugh after seeing how the restaurant decided to utilize their marquee.

We’re the best hot dog stand in the world, but at least we can admit our flaws pic.twitter.com/18P050SwXu

?We?re the best hot dog stand in the world, but at least we can admit our flaws,? the tweet read.

This was in response to yet another series of Tweets from President Trump regarding how he has now overcome the Russia investigation and how he, singlehandedly became president, and that qualifies him as a genius. But you won’t laugh reading the summary from me. Take a look yourself:

Now that Russian collusion, after one year of intense study, has proven to be a total hoax on the American public, the Democrats and their lapdogs, the Fake News Mainstream Media, are taking out the old Ronald Reagan playbook and screaming mental stability and intelligence…..

….Actually, throughout my life, my two greatest assets have been mental stability and being, like, really smart. Crooked Hillary Clinton also played these cards very hard and, as everyone knows, went down in flames. I went from VERY successful businessman, to top T.V. Star…..

….to President of the United States (on my first try). I think that would qualify as not smart, but genius….and a very stable genius at that!

RELATED: Oak Park?s Felony Franks set to close down due to high costs for business

Yes, Donald, if only we could all be anywhere near as proper and humble as you… What a world that’d be. The Wiener’s Circle is patiently waiting their time in the spotlight as soon as Trump notices, he might attack them on Twitter. And hey, bad press is better than no press, so bring it on.