TV show “Chicago P.D.” was filming right outside the Thompson Center a day after officer was shot and killed 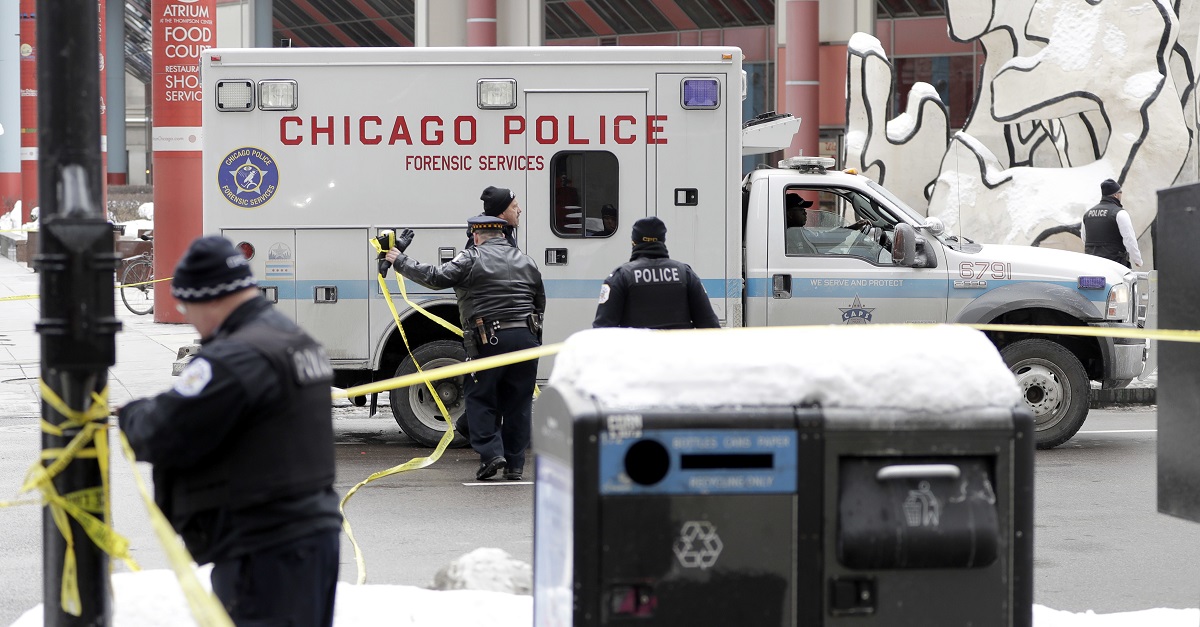 On Tuesday afternoon, a commander for the Chicago Police Department was fatally shot at the Thompson Center in the Loop. The very next day, “Chicago P.D.,” a fictionalized television show, was filming right by where the shooting took place.

RELATED: A ?Chicago P.D.? fan favorite is finally talking about why she decided to quit the show

Commander Paul Bauer chased down a man after hearing his description on the police scanner. Bauer confronted the suspect but after a struggle, he fired a gun at the 31-year department veteran and killed him.

Officers later apprehended the suspect who is a four-time felon with an arrest record that goes back to 1994 and he has been charged with the murder of Commander Bauer.

According to Mary May, spokeswoman for the Department of Cultural Affairs and Special Events, most of filming took place inside of a building at 161 N. Clark Street. She told the Chicago Tribune that there was “only a brief scene at the entrance,” of the building, “Filming was planned at the location weeks ago,” and “They did not film at the crime scene.”

Still, many took to Twitter to express the decision to continue filming in such close proximity and time and place was in poor taste.

They are filming Chicago PD **feet** from where Cmdr. Paul Bauer was gunned down and killed yesterday. I can’t say anything constructive about this. pic.twitter.com/14rATFqXtv

It's surreal today in this shot, at least at 161 N. Clark – we're again unable to exit onto Clark Street, but because Chicago PD is filming in/around our building. Coming off the El, seeing tons of trucks/activity, I thought CPD was still working, but it's Hollywood. #toosoon

Life goes on in downtown Chicago… #ChicagoPD filming right next to where a CPD commander was shot and killed one day ago @filming_chicago pic.twitter.com/dHt1FXLit4

The TV show Chicago PD is filming across the street from where Cmdr. Bauer was fatally shot Tuesday afternoon. pic.twitter.com/a7GXuaD2Mg

Am I alone in finding it disrespectful that #ChicagoPD is filming at the Thompson Center a day after the killing of actual Chicago PD member, Paul Bauer? Poor taste IMO. #chicago

The television show has not tweeted anything with regard to Commander Paul Bauer.

RELATED: The star of ?Chicago P.D.? is facing his own investigation ? but not for the reasons you?d think

Bauer will be remembered for his dedicated life to family and community service. His neighbors in the Bridgeport neighborhood spoke highly of him and could always depend on him to help out with everyday tasks, particularly with helping clear sidewalks after the recent snowstorm. He leaves behind a wife and a 13-year-old daughter.