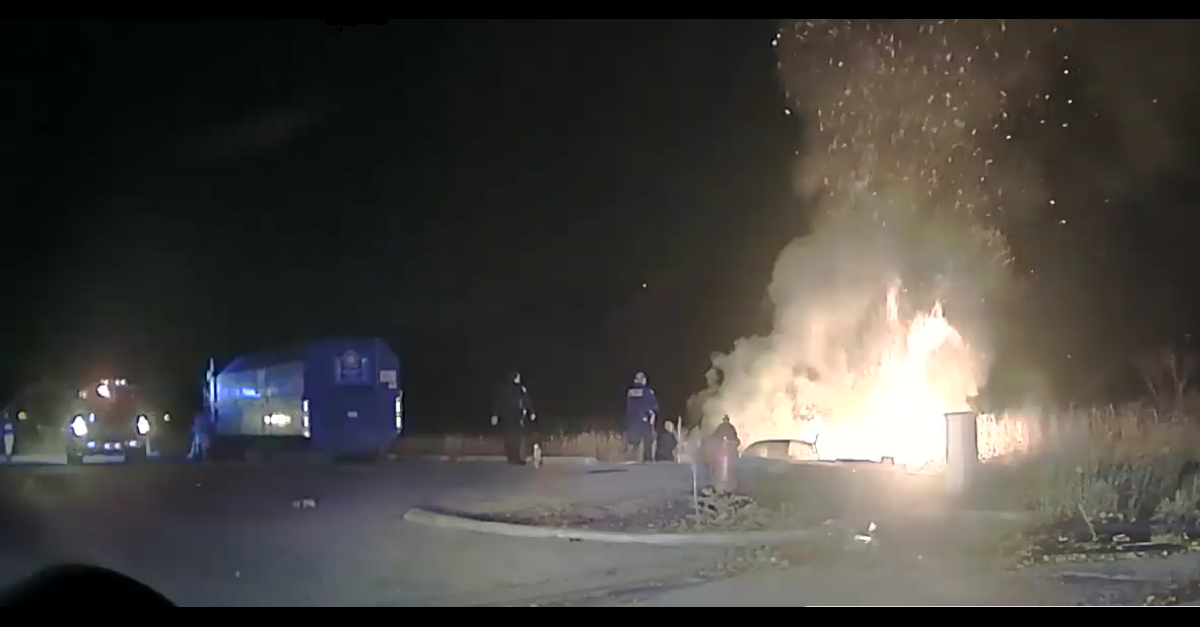 A hit-and-run in the Aurora suburb of Montgomery found a driver in a life-or-death situation. Police were called to the scene to find the vehicle fully engulfed in flames.

And here’s the strange thing: according to the officers, the man was refusing to leave the vehicle. They had to physically force the man out to save his life.

RELATED: 4 people died in a tragic wreck, but somehow the littlest passenger made it out alive

It turns out that the driver, 71-year-old Earnest Sercye of Aurora, IL, was fleeing the scene of a previous crash at a car wash before running into pole then a concrete barricade according to Aurora Patch.

Brandon Dilg and Cassie Catberro were two of the officers at the scene. They were both treated for smoke inhalation and Dilg suffered burns on his arm and leg. Both have been released from the hospital.

Members of Aurora’s fire department were also called to the scene. And this isn’t he first time the department has acted quickly and bravely.

In 2012, 14 officers were honored for saving one man and one teenager from a burning car after they had crashed into a tree.

In 2013, officer Matthew Bonnie received the Louis Spuhler Award (awarded to the Kane County Police Officer of the Year) afters saving a man from a burning car, even though Bonnie was off-duty at the time.