After going on a racist rant that went viral, woman from Margarita Fest gets 90 days in prison 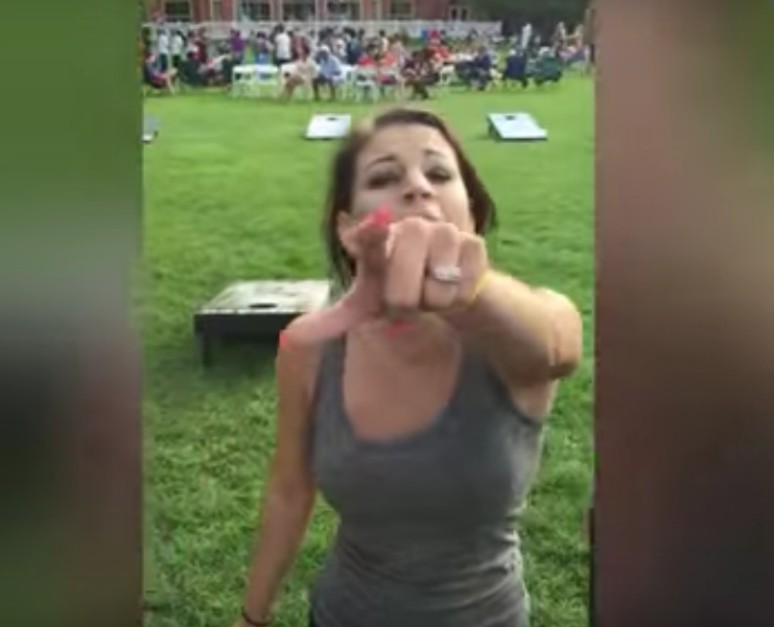 Last year’s Margarita Fest got – well – a little heated to say the least. The woman who called a black couple “n—–s” in a viral video has [finally] been sentenced to 90 days in Cook County Jail.

This week, Linn sentenced Sanders to 90 days in jail. She was credited for serving three days while awaiting trial. According to prosecutors, Sanders accosted a suburban couple, repeatedly calling them “n——,” during an argument over a bean bag game at Margarita Fest, an event hosted at the South Shore Cultural Center, on July 30, 2016.

The couple ? Ernest Crim and his wife, who are African-American suburban high school teachers ? hoped to play a round of bags but could only find one bean bag, prosecutors said. At one point, Sanders, who was playing nearby, threw a bean bag and never collected it – so Crim’s wife went to retrieve it.

That’s when Sanders, who is white, began calling the woman a “n—–” repeatedly. Crim took out his phone to record Sanders, but she knocked it to the ground, according to prosecutors. Crim was still able to record Sanders telling him he was “acting like a n—–.” That video went viral that summer. According to an interview with DNAinfo, Crim said that he was shocked by the racist tirade and his wife was so stressed that she broke down crying.

“What [Sanders] did is just a symptom of something that society, this country, is producing,” Crim said. “She’s just outward with it. Before this even happened, this has been a rough summer being a black person.”