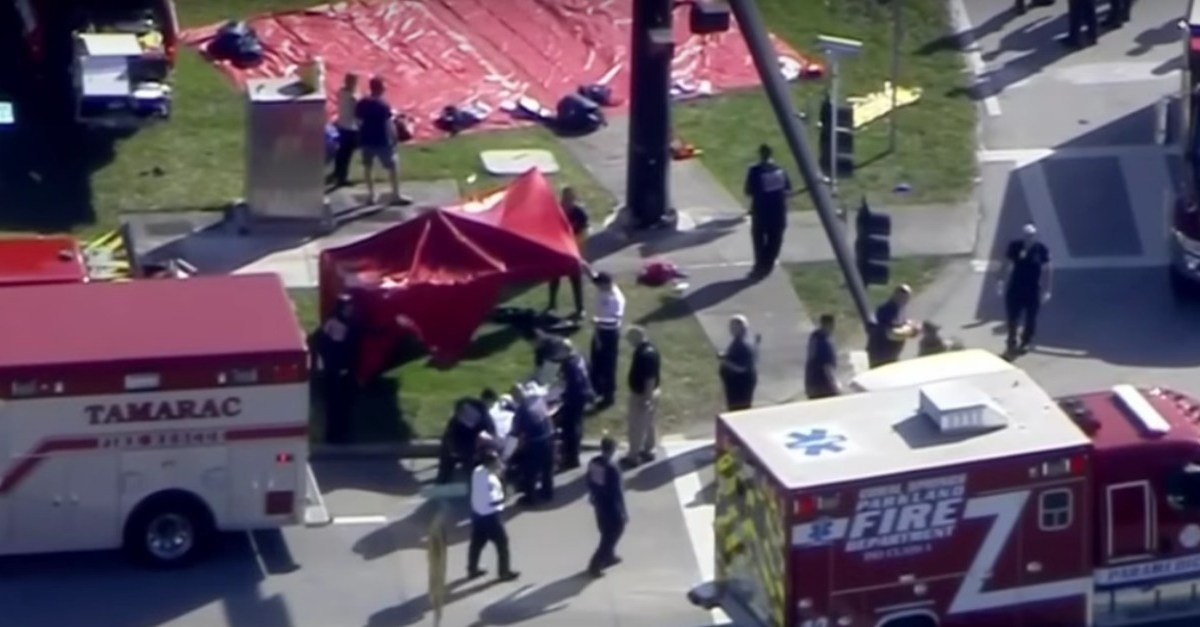 After those affected in the mass shooting of South Florida, one Chicago area man said he would like to reach out to those people affected as he himself has survived a massacre.

According to CBS Chicago, Garret Evans was in a massacre 11 years ago while sitting in German class at Virginia Tech when the shooting started.

?I mean, the whole idea of somebody just walking in and somebody pull out a gun and start shooting people. When you see bodies just drop like dominoes,? said Garrett Evans.

Evans said he watched a girl in front of him get shot along with his instructor. Evans was also shot – in both legs. Thirty-two people were lost in the Virginia Tech shooting along with 17 wounded.

?I mean those are the things you don?t forget. And then at the same time, I gotta look at three scars every day when I put on a pair of pants,? he said.

?And I never wish that on anyone to go through something like that.?

Evans shared he would like to help the people in Florida, if possible.

?My thing is this, never forget it. It?s okay to condemn the actions of somebody, but you never want to hang on to the hurt and the pain from what happened, because it will kill you sooner than later. I?ve seen it.?

To learn more on how the Florida community is moving forward after the horrific tragedy, scroll on below to watch students urge action – courtesy of NBC News.