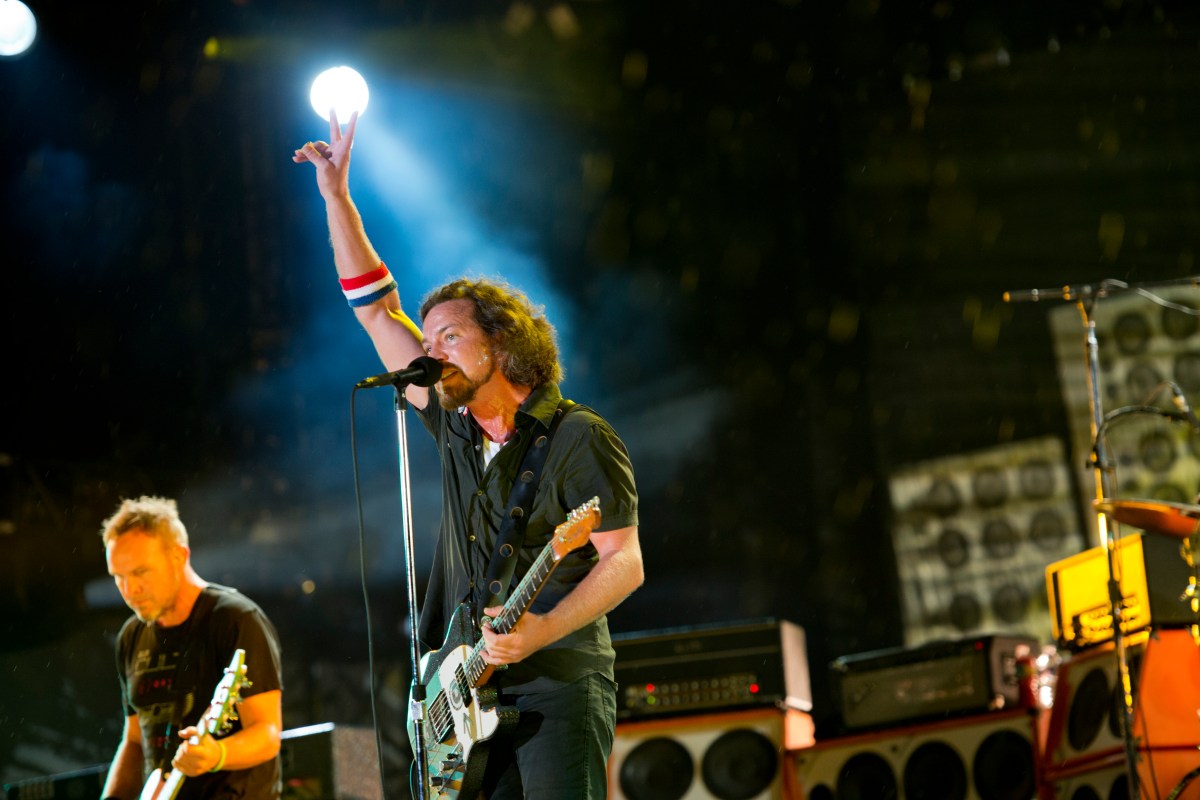 Eddie Vedder usually plays inside of Wrigley Field, but after the Cubs game on Friday he switched it up.

Twitter user Cubs at 7 captured a video Vedder jamming on the sidewalk with a drummer. It appeared to be spontaneous, and didn?t attract a lot of attention.

Whether passersby noticed the Pearl Jam star or not, they were witness to a once in a lifetime performance of ?Corduroy.?

This jam session comes less than a month after Pearl Jam?s announcement of the film ?Let?s Play Two,? a documentary film that chronicles Pearl Jam?s legendary performances at Wrigley Field during the Chicago Cubs historic 2016 season.

?With Chicago being a hometown to Eddie Vedder, Pearl Jam has forged a relationship with the city, the Chicago Cubs and Wrigley Field that is unparalleled in the world of sports and music,? they say about the film online.