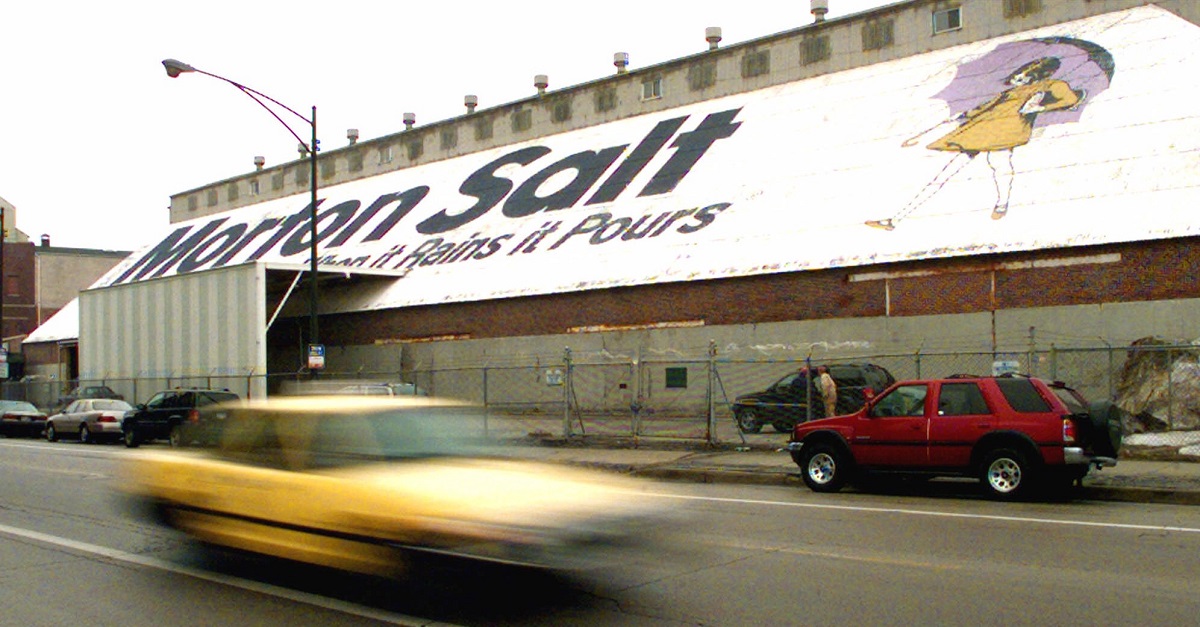 Water Tower Place. The Sears Tower. Wrigley Field. The Morton Salt Building. These are some of the most iconic buildings in the city of Chicago. And up until now, the fate of the last one was hanging in the balance.

Morton Salt has used the facility at 1357 N. Elston from 1929 through 2015, when they ceased production at that site. But the building wasn’t sold until last month to R2 Cos. That company owns a lot of the other properties nearby and around Goose Island.

Now, R2 Cos has announced plans that they want to do a $15 million renovation to turn the buildings on site into offices, restaurants, retail, and entertainment.

There is about 120,000 square feet of total space. Morton’s research and development team of about twenty employees plans to lease space there that will move from Elgin in 2020.

While redevelopment usually means tearing down, never worry: the company has said they intend to keep the exterior as is, including the Umbrella Girl logo that anyone who’s ever driven down the Kennedy has a connection to.

?The buildings are so interesting and iconic for Chicago that from day one we wanted to find a way to preserve the buildings,? said R2 Managing Principal Matt Garrison. ?It?s a blank canvas, and we?re working with some of the most innovative operators in hospitality and events in Chicago to put something really unique in there.?

Even two years ago when the company was eyeing the site, keeping the logo was a must. “Morton Salt is not only an identity in Chicago and nationwide but it’s like an identifier of the community. You say, ‘Hey, I’m over here by the Morton Salt.’ We would love to keep their brand.”

RELATED: $43 million Navyseum to open in North Chicago in 2019

In addition to salt for culinary means, the company also makes salt for water softening, ice melting, pharmaceutical, and other purposes.

The company was founded in 1848 by Alonzo Richmond. It is one of the oldest surviving companies in Chicago.