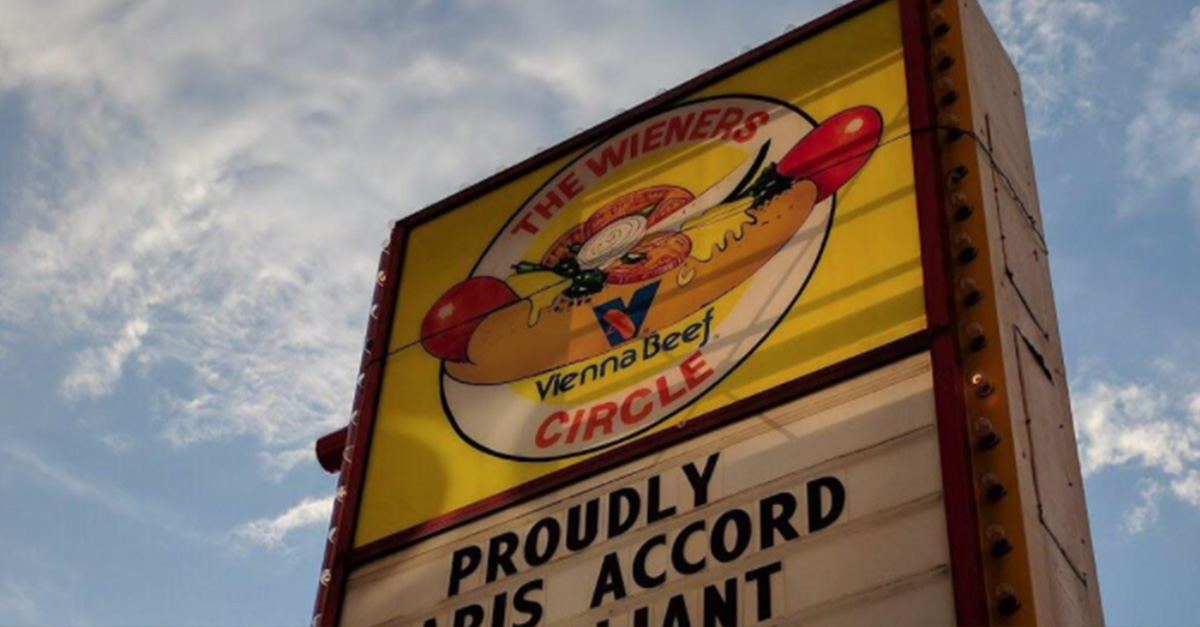 With all of the huff and puff going on in the White House and the American people expressing dismay, it’s good that some people and businesses can still have a laugh about the administration.

Wiener Circle, a local Chicago hot dog joint, has been gaining attention with the messages they express on their outdoor sign. This time, the sign has made it to Reddit with a message for President Trump. 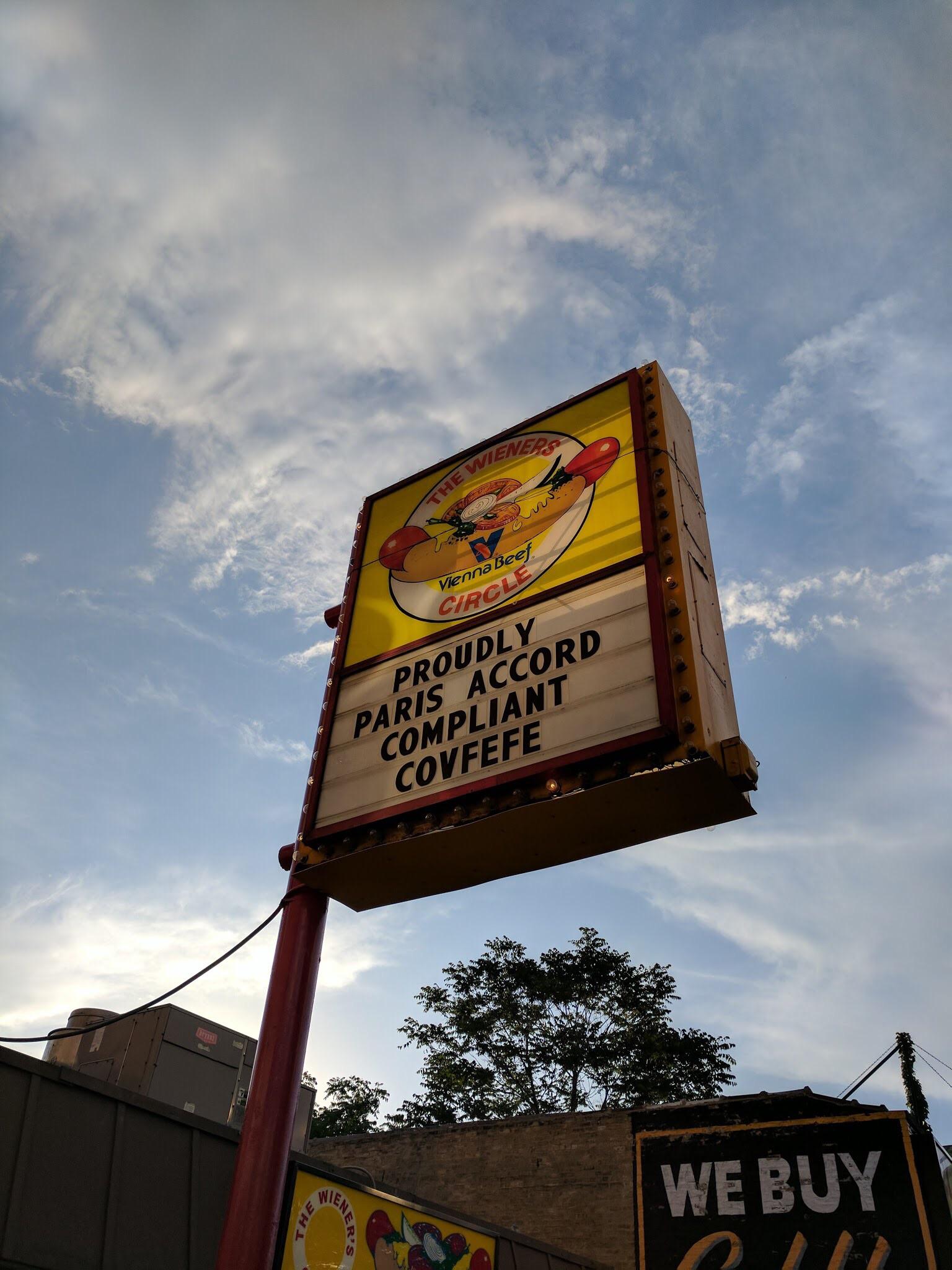 Ironically, the president’s misspelled Tweet is more searched than the Paris Accord that he turned down in an effort to help the planet’s environment, according to Fortune.

Wiener Circle proudly displays their conscious typo sending a message not only to their patrons, but also to President Trump who will hopefully activate autocorrect on his phone as to avoid the negative press covfefe the misspelling has attracted.