A Chicago wife wanted to make her husband’s 50th birthday a hit so she decided to trick him into getting the gift on the top of his wish list.

The wife was not alone either – she had her husband’s boss in on it too. She asked him to tell her husband he had a flat tire and take him outside. That way, her husband could get a front row seat to his birthday surprise…

You can watch the video here but to recap the cuteness, as his boss walks him through the parking lot – they stop in front of a brand-new Harley-Davidson bike. The husband immediately melts with giddiness and jumps up and down. But the real excitement happens when his boss shows him the key to the bike!

“Oh my God!” the husband says, wiping his eyes. Once he’s handed the key, his wife comes up to tell him “happy birthday” and envelops him in a hug while he cries into her shoulder. Though the man is clearly in shock, she tells him to start it up.

He eventually starts it up though in complete disbelief. While on the bike his wife says there’s one more gift from his mom. She walks over with a leather Harley-Davidson motorcycle jacket and then…well just watch! 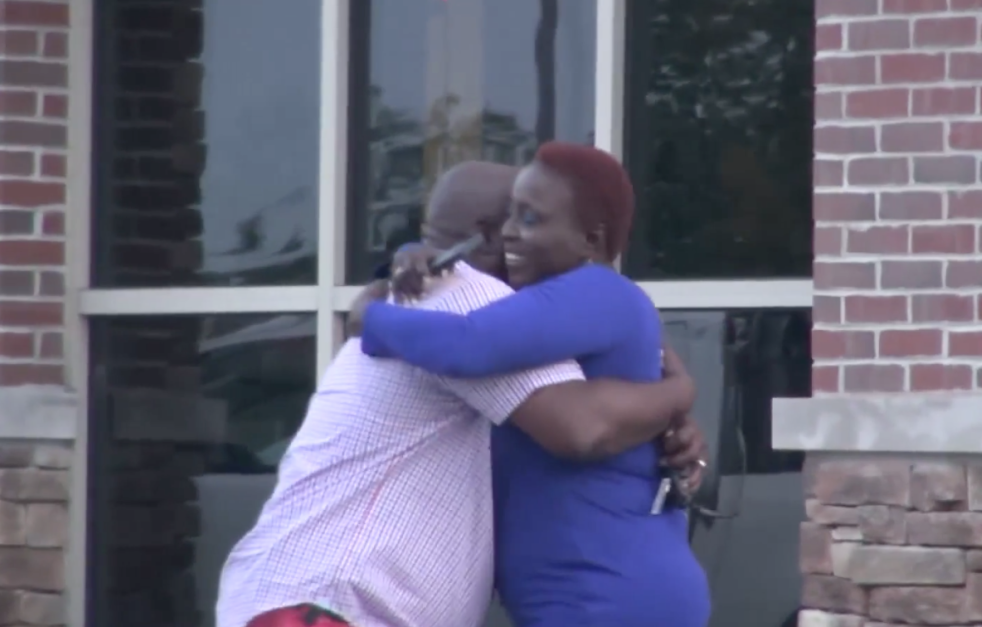