Here’s where all those Chicago World Series babies came from 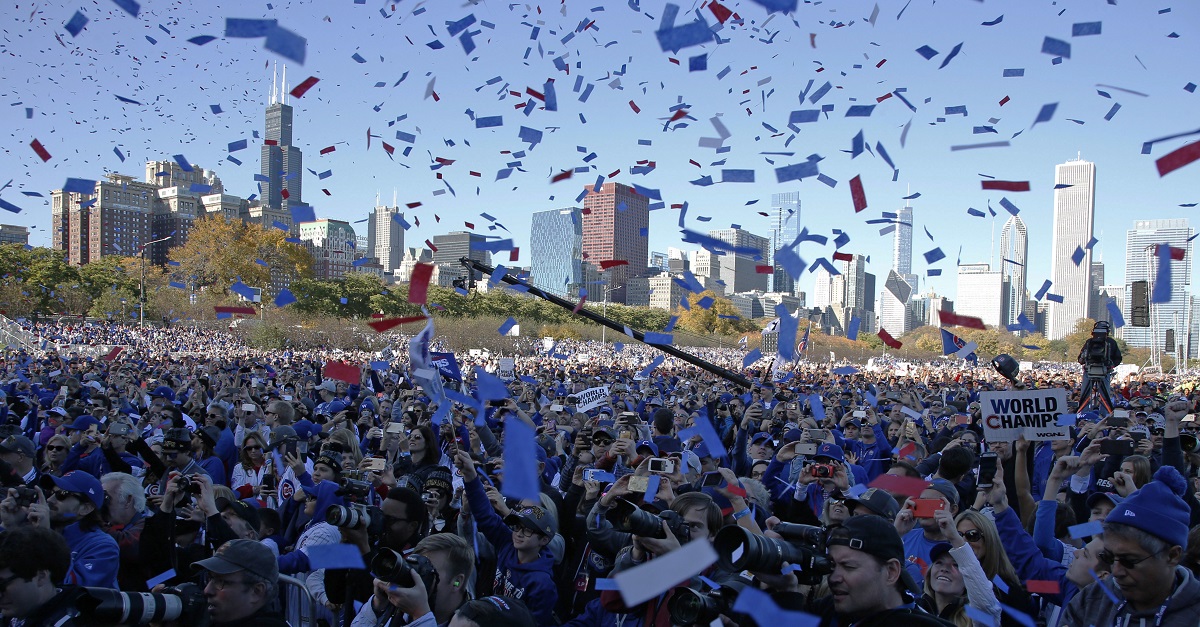 Erin and Bill Hans had been trying for a really long time to conceive, that is until after the Chicago Cubs won the World Series. And so a miracle happened.

“The Series made me not really even think about it,” Erin Hans told the Chicago Tribune. “The stress and the worry of, ‘OK, we have to test my ovulation, OK, we do it on the hour’ — I wasn’t even thinking that. That whole month, I was just focused on the Cubs.”

The Hanses of Niles welcomed their first son, Liam Joseph on August 10 at Advocate Lutheran General Hospital in Park Ridge. The pair had been unable to get pregnant for over a year, Bill Hans, 33, said. But with the distractions of playoff excitement and her birthday on Oct. 30, they were finally able to conceive.

“I just kind of want to thank the Cubs,” Erin Hans said. “For helping us have him.”

Liam is a member of a club of babies conceived during the Cubs’ long-awaited World Series run and ultimate victory in 2016. Many studies show that major sports victories can yield birth booms. i.e. the Cubs winning!

A Northwestern Medicine spokeswoman said July and August are typically busy months at Prentice Women’s Hospital and this year was no exception.

According to a spokesman for the network, Advocate Illinois hospitals, which are spread throughout the state, saw more babies born in August than in the previous 12 months.