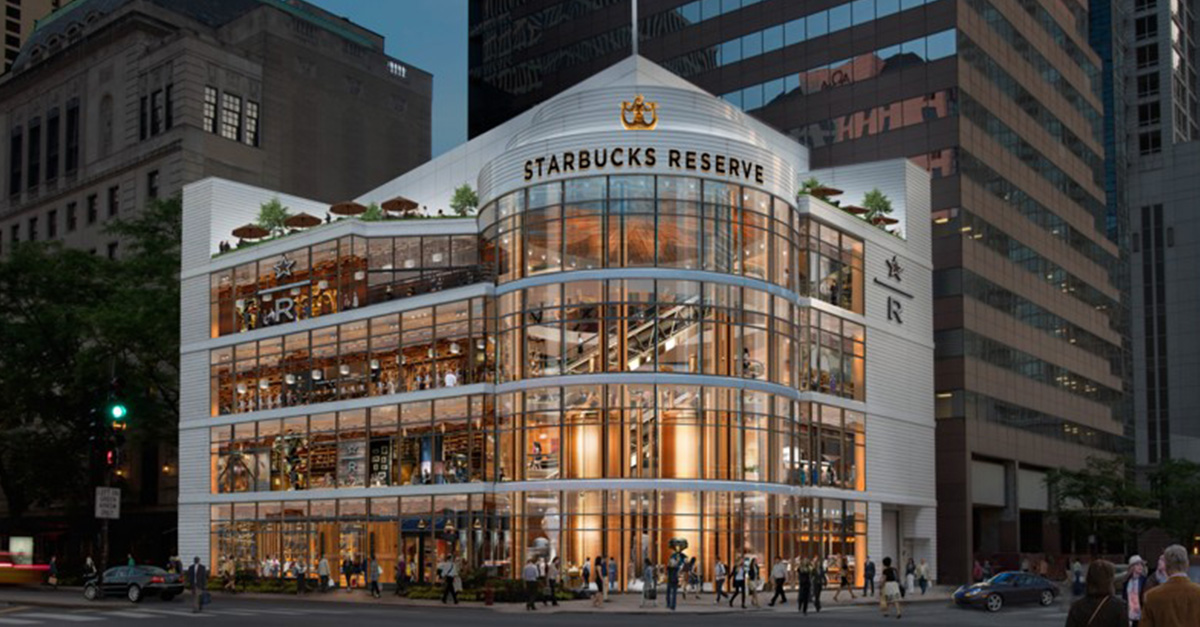 Starbucks
Starbucks will open a Reserve Roastery in Chicago in 2019.

CHICAGO — Chicago’s swanky Magnificent Mile will soon have a mega jolt of caffeine as Starbucks announces plans to open the world largest coffee shop of its brand.

The chain announced this week that it will open Starbucks Reserve Roastery in Chicago in 2019, WMAQ reported.

RELATED: You only need 90 seconds to experience the glory of Chicago from a bird’s eye view

The North Michigan Avenue business will be four stories tall and will be a “full sensorial coffee environment dedicated to roasting, brewing and packaging its rare, small-batch Starbucks Reserve coffees from around the world,” according to a press release from Starbucks.

The 43,000-square-foot Starbucks will open in the building currently holding a Crate and Barrel at Michigan Avenue and Erie Street.

RELATED: A videographer captured drone footage of Chicago and the suburbs and it’s everything about why we love this city

It is the third roastery in the U.S. The first is in Seattle and opened in 2014. The second is scheduled to open in New York City next year. There are roasteries planned for Shanghai, Milan and Tokyo.