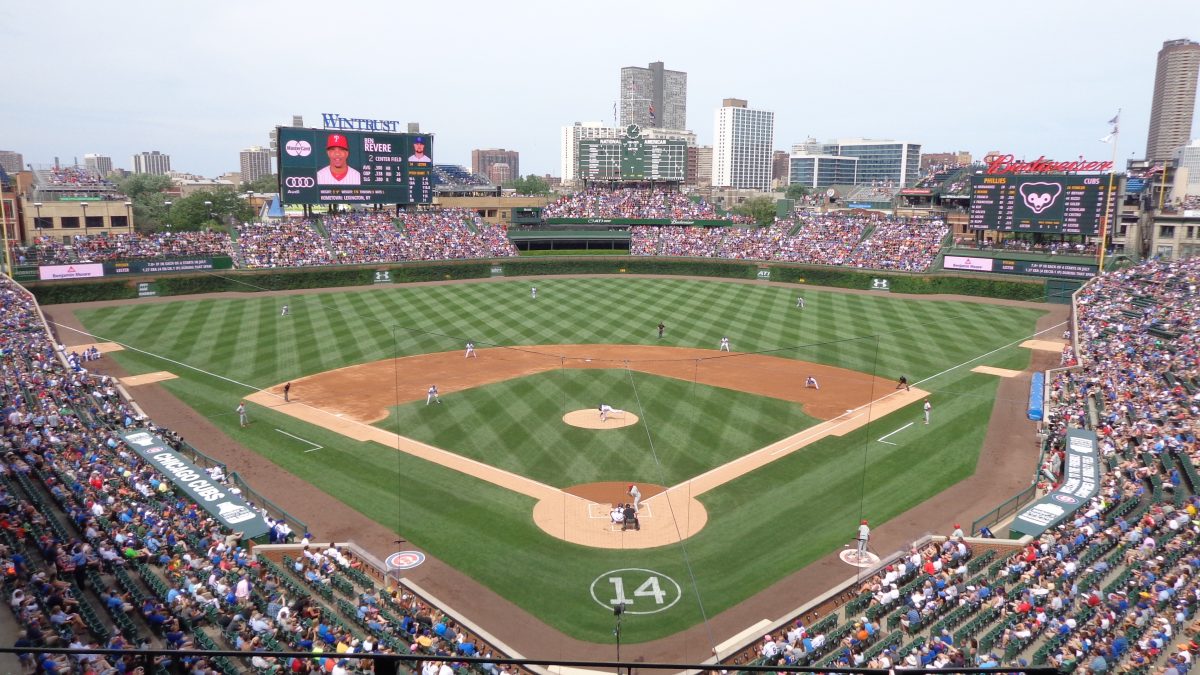 It has been made perfectly clear that the Cubs want to host an All-Star Game soon, like 2020 soon, on the first season in which Wrigley Field renovations are scheduled to be completely done.

President of business operations Crane Kenney answered the question burning a hole in all our brains: What are the chances of that actually happening?

Kenney is hopeful, though he’s very aware of the red tape that accompanies the selection process. In an interview with Inside the Clubhouse on 670 The Score on Saturday Kenney broke it down as such:

“There isn’t anybody who wants it more than we do, and we are deserving of it. If you think about it, 1990 was the last All-Star Game at Wrigley Field. Our ballpark will be finished for the 2020 season with all the renovations. So 30 ball clubs, 30 years, you would think that just logic tells you that we should get it for 2020.”

The current renovation of Wrigley Field is thanks to the private financing from the Ricketts family that owns the team and outside investors. But Kenney didn’t forget to mention the real MVPs of the story, Mayor Emmanuel and the city of Chicago.

“The mayor and the city have been really supportive. They obviously would love to see an All-Star Game come to Chicago. The problem with the All-Star Game, to be honest, is it’s a reward. The commissioner hands out the All-Star Games typically to cities that have done something extraordinary for their club. So if you look at the sequence here, new ballparks that have come online with substantial public funding get the All-Star Game. It’s a little like what Roger Goodell does with the Super Bowl. The reason there’s a Super Bowl in Minnesota is this year is because they just built a new stadium there. So for the commissioner, there are some political issues.”

After crediting Mayor Emmanuel and his efforts Kenney then didn’t hold back in criticizing Tom Tunney, alderman of the 44th Ward that Wrigley Field sits in.

RELATED: Here’s your friendly reminder that a 2 year lane closure has begun

“Rahm has done an amazing job trying to help us. You know we have issues with our alderman. The issues are not with our mayor. The issues are with our local alderman who has been far less helpful. So this is in no way a knock on (Emanuel). So we do have a tougher putt, for both the mayor and for the Cubs to make the case to the commissioner that we should get the All-Star Game despite having a local alderman that really is not supportive of the team.”

The Washington Nationals will host the 2018 All-Star Game, while the event shifts to Cleveland in 2019.