Yes, a party bus crackdown is a thing that was needed in Chicago 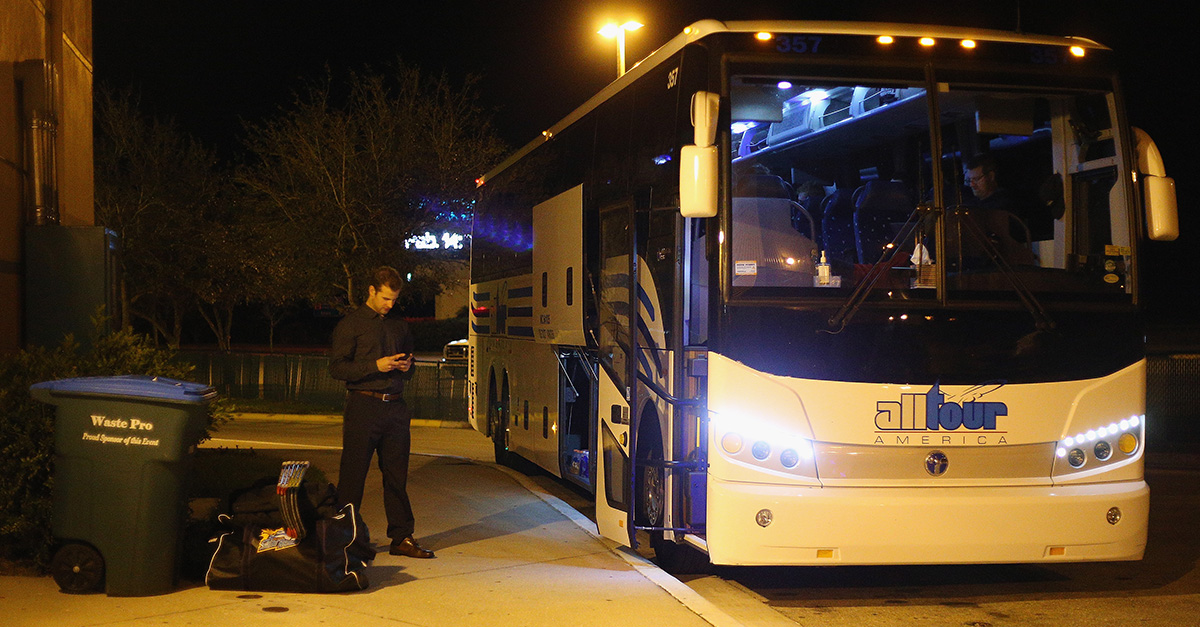 Photo by Bruce Bennett/Getty Images
ESTERO, FL - FEBRUARY 10: Rylan Schwartz #13 of the Orlando Solar Bears is left behind as the team boards the bus home following a game against the Florida Everblades at the Germain Arena on February 10, 2016 in Estero, Florida. Schwartz was recalled by the Toronto Marlies of the AHL and was waiting for a limo ride to the airport. (Photo by Bruce Bennett/Getty Images)

New rules that went into effect on June 1st have resulted in a sharp increase in tickets and citations issued to ?party buses.? The purpose of the crack down? To reduce violence and drug crimes.

RELATED: A party bus ride from hell messed up her face, but something else inspired her to file a lawsuit

According to ABC 7, 125 tickets have been used as well as 28 cease and desist orders since the new rules have taken place. This includes the confiscation of 11 illegal weapons.

The crackdown also targets buses that are themselves operating illegally. Buses are supposed to provide passengers with a summary of what is and is not legal. Additionally, if there is alcohol present on the bus, there must be security there as well.

?Ninety-nine percent of the companies out there are great companies, legitimate companies,? said Arthur Rento of Pontarelli Companies. ?You just have this small percentage of two or three bad players that might have one or two buses that are causing all the problems.?

Currently, there are about 300 legal and licensed party bus services in Chicago. If you have New Year?s plans on one of these buses, it?s not a bad idea to make sure you?re dealing with a legitimate service.

You can also look on data.cityofchicago.org.

Back in August, shortly after the new rules were put in place, 17 party bus companies were shut down in Chicago.

?We found everything from operating ? obviously, the cease and desist was because of operating without a license ? but we have found individuals not to have proper proof of insurance,? Commissioner Rosa Escareno, Chicago Department of Business Affairs, told ABC7 at the time. ?I know that for those that were potentially conducting party bus activity that they have had no security, no cameras.?

While being a passenger on an illegal service won?t get you a ticket, you don?t want to be stuck in the cold, especially with how bad it?s been lately.