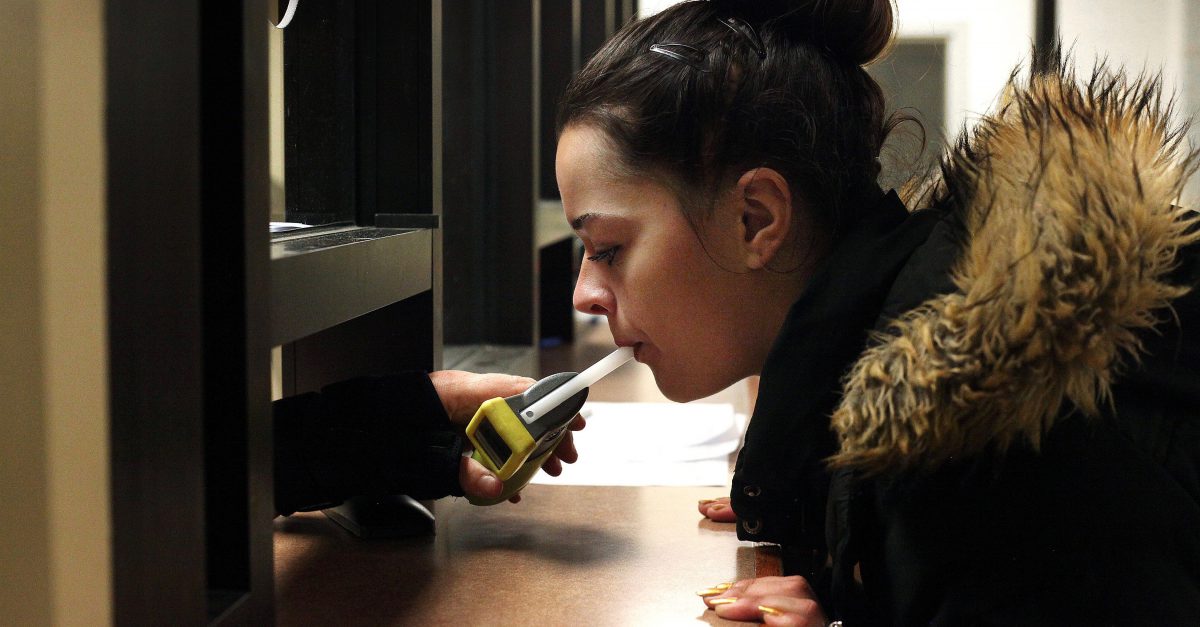 AP Photo/Jay Pickthorn
In this Sept. 21, 2015 photo, Autumn Regimbal, 19, blows into a Breathalyzer in the wing of the county jail dedicated to the state's 24/7 Sobriety Program in Sioux Falls, S.D. Regimbal is a participant in the state's nearly decade-old project that aims to reduce drunken driving and domestic violence by requiring offenders to prove twice a day that they have not been drinking. (AP Photo/Jay Pickthorn)

RELATED: Drunk Driving Texas City Official Arrested Monday After She Killed a Father and Son Near the Galveston Causeway

The first two times a driver is caught driving while intoxicated, prosecutors are known to seek a misdemeanor charge, but, the arrest last month resulted in felony charges for some of Houstonians due to their priors.

A third DWI offense is considered a felony under state law, carrying a fine of up to $10,000, license suspension and anywhere from two to 10 years of jail time.

Driving while intoxicated with a child and intoxicated manslaughter are also felony charges, and police said those made up nearly a third of October’s DWI arrests.