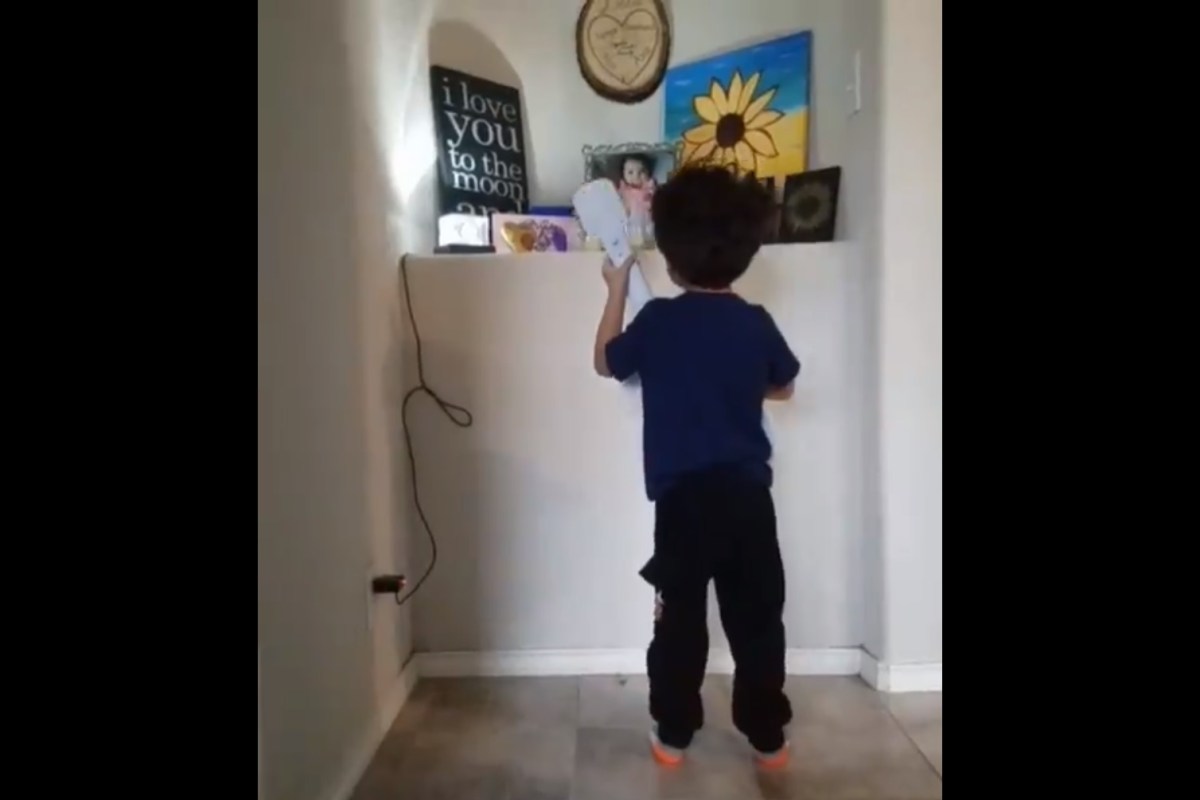 A young Texas boy is reminding people that love lives on forever, no matter what.

Alex Deais, 4, of San Antonio said goodbye to his 4-month-old baby sister Ava Lynn last May, but he knows she’s watching him from heaven. For her first birthday, the adorable tyke sang a very special song for his sister, which his mother Stephanie Deais caught on camera.

The heartwarming video shows little Alex strumming a tune on his plastic guitar while he sings “Remember Me” from the movie “Coco.” He didn’t know he was being recorded because he was facing a photo of his sister, singing the song to her in heaven.

My son singing "Remember Me" from the movie "Coco" to his baby sister, Ava, who we lost this past May.

He's only 4 years old and he understands. He didn't even know he was being recorded. He just wanted to sing to her for her 1st birthday!

Happy Birthday to my angel, Ava Lynn. I can't believe you're already ONE! Mama and Baba love you so very much and miss you just as much. I think of you every moment of my existence. I feel you in my heart and soul. I wish I was holding you in my arms watching you take your first steps. I wish we were having a huge party with all of our family and friends. All I can think about everyday is what new thing you'd be learning. If you would've said your first word already, and then go on to argue with your mom that you said "Baba" before "Mama" . I wish for so many things to be different. It doesn't feel fair and it never will. I was supposed to have forever with you. But maybe God needed you more. Maybe heaven needed an angel. And hard to argue with that, because who better than you? I love you forever Ava Lynn ❤️🌻

Alex’s parents posted the video to Twitter, where it has been viewed nearly 100,000 times.

It’s a sweet moment between siblings that reminds everyone that love lives on long after two people are parted.