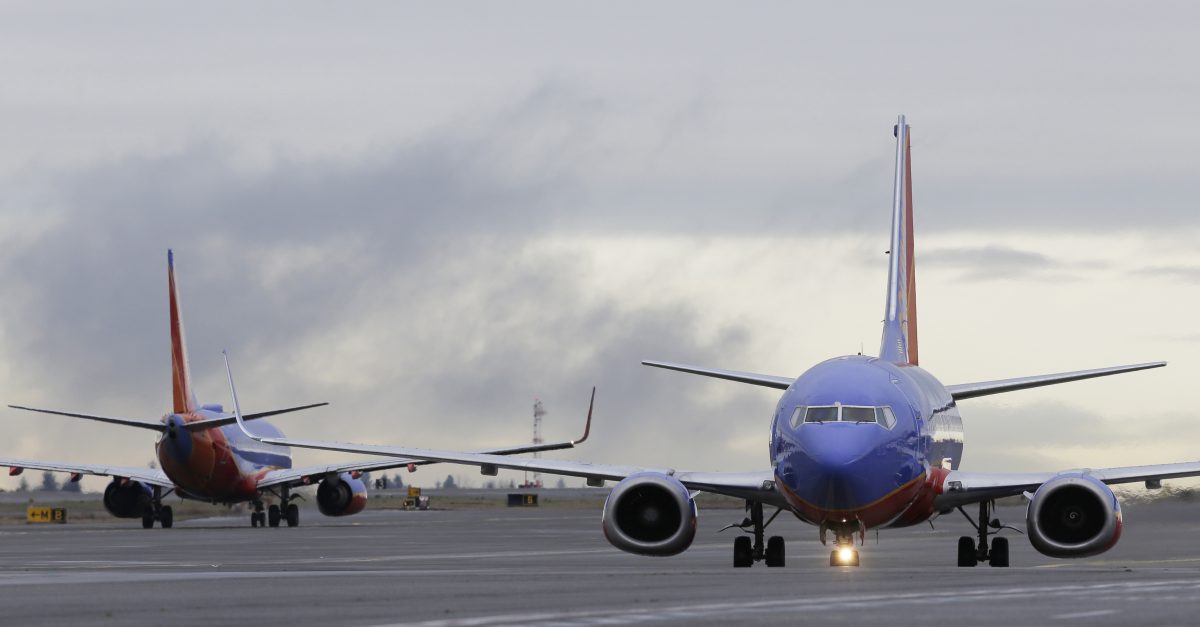 Things got a little tense on board a Houston-bound Southwest Airlines flight on Sunday, when a woman passengers had observed making a scene at the originating airport tried to open an emergency exit door in mid-air.

RELATED: A woman opened an emergency exit door when a plane was on the runway and shocked passengers with this move

The flight, which began at Los Angeles International Airport, had to be diverted to Corpus Christi. But it’s thanks to the quick thinking of Cleveland ISD off-duty police officer Pamela Minchew that everyone aboard is safe.

“[Minchew] had observed the irrational passenger attempting to open the exit door in mid-flight. Fearing for her safety and the safety of everyone on the plane, she took action and was able to restrain the passenger,” Cleveland ISD Police Chief Rex Evans told the Houston Chronicle. “I can’t tell you how proud I am of her. She did a stellar job. The authorities are very pleased with how she handled the incident.”

RELATED: A Southwest Airlines flight made an emergency landing when it unexpectedly added a new passenger

While passengers observed the woman acting irrationally at LAX, she was able to board the flight — and some are questioning the actions of Southwest for allowing her to do so.