A Denison woman is Texas’ newest ‘Gone Girl,’ but women lying about rape is not a new phenomenon 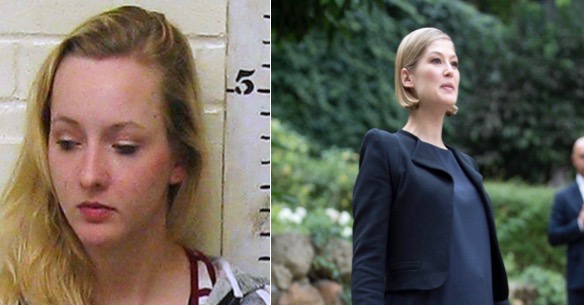 They also turned out to be untrue.

On Wednesday, Denison, Texas, authorities announced that Talbott?s rape allegations were false, and the evidence she presented, including kidnapping, bloodied underwear and bodily injuries, were all staged and self inflicted as part of an elaborate lie.

Local authorities have since arrested the young woman after she ultimately confessed to the hoax, describing the ordeal as fear mongering and a waste of police department resources.

While many consider Talbott?s story to be shocking, it is not an isolated incident.

Some data shows that rates of false rape claims are frequently inflated; however, this research is nearly 10 years old, and a number of highly reported rape stories that ultimately turned out to be false, including the infamously unsubstantiated and untrue University of Virginia rape case published by Rolling Stone magazine and a Connecticut student?s false accusations of rape against two football players that was reportedly entirely false, are hard to ignore.

That said, racially-fueled fear tactics, similar to the ones Talbott used for reasons that remain unknown at this time, have been around for nearly 100 years, and the effects, as described by Denison authorties, can be devastating.

This is perhaps best and most historically exemplified with a 1923 massacre, where a white woman cried fabricated rape by a black man that had done no harm.

What followed was intense violence against the black community of Rosewood in rural Florida. Unfoundedly, several innocent men were murdered by an outraged white mob for the alleged assault, and the false narrative of blacks inciting fear against whites has been repeatedly perpetuated ever since.

Of course, rape is a real thing that affects real people, but claims like Talbott?s may be increasing the skepticism of those investigating and brining justice to victims of sexual assaults, not to mention the court of public opinion.

In a statement, Denison Police Chief Jay Burch said his team will be pursuing restitution for the baseless investigation and shared a few words on the matter:

It’s unfortunate a person can falsely report such a major incident in our community that wastes the time of law enforcement and needlessly puts some people in fear.

Breana Harmon Talbott’s hoax was also insulting to our community and especially offensive to the African-American community due to her description of the so-called suspects in her hoax. The anger and hurts caused from such a hoax are difficult and so unnecessary.

You can read the DPD?s full statement here, and check back with Rare for the latest updates on this developing situation.