A fisherman caught quite the 12-foot catch on Padre Island 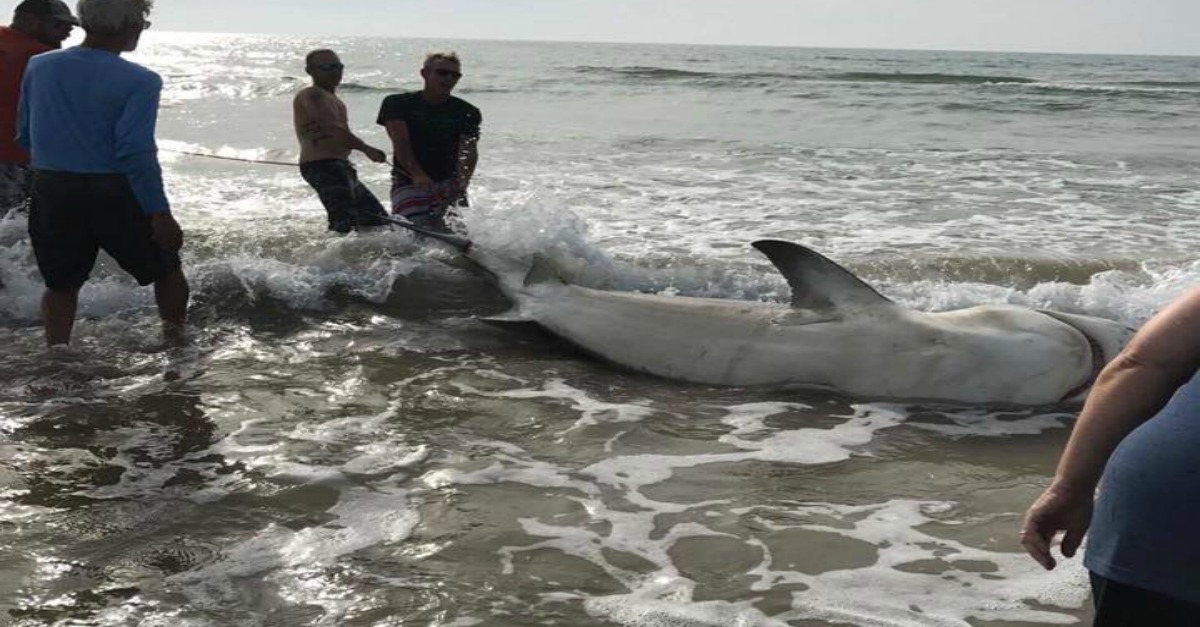 A catch-and-release angler brought in a massive fish in South Padre Island, Texas last weekend, as if he were timing it perfectly to the latest iteration of “Sharknado.”

Kevin Karwedsky was initiated into the “12 Foot Club” on July 30 when he caught a 12 foot, 7 inch tiger shark.

Congrats bro on the jump to the 12' club. Could of been in a better place then having fun and fishing with you. Had a blast. 12' 7 1/2" tiger caught this morning by Kevin Karwedsky

Karwedsky told a Corpus Christi news outlet that he had no idea that the shark was as big as it was, until it came time to reel it in.

“It was a feeling of pure excitement,” Karwedsky told KRISTV.com. “Catching a large shark off the Texas Coast is pretty rare.”

But perhaps big sharks are becoming more prevalent in the Gulf Coast waters; on July 9 in a Texas City tournament, a fisherman nailed a 1,033-pound hammerhead shark, breaking a 37-year record.