Menu
Follow us
Search
Menu
Search
CHICAGO, IL - SEPTEMBER 24: Alejandro Villanueva #78 of the Pittsburgh Steelers stands by himself in the tunnel for the national anthem prior to the game against the Chicago Bears at Soldier Field on September 24, 2017 in Chicago, Illinois. (Photo by Joe Robbins/Getty Images)

The management of a Galveston bar will no longer show National Football League games featuring the Pittsburgh Steelers because of the team’s protest during the national anthem prior to Sunday’s game against the Chicago Bears.

The protests started last season, when then-San Francisco 49ers quarterback Colin Kaepernick took a knee during the anthem to protest police brutality against young African-Americans. Several other players followed suit and knelt in silent protest during the anthem.

During a speech in Alabama last week, President Donald Trump called on NFL owners to “fire” any players who protested during the anthem, using a vulgar term to describe those who protested.

The speech and subsequent tweets apparently galvanized several team owners, including Bob McNair of the Houston Texans and Jerry Jones of the Dallas Cowboys.

In response to Trump’s comments, McNair released a statement Sunday saying, in part, “The comments made by the president were divisive and counterproductive to what our country needs right now.” Jones joined his Cowboys, arm in arm, in taking a knee during the national anthem Sunday.

Prior to Sunday’s game, nearly all the Pittsburgh Steelers players and coaches stayed in the locker room during the anthem. The sole exception was starting left tackle Alejandro Villanueva, a West Point graduate and former U.S. Army Ranger who served three tours of duty in Afghanistan. 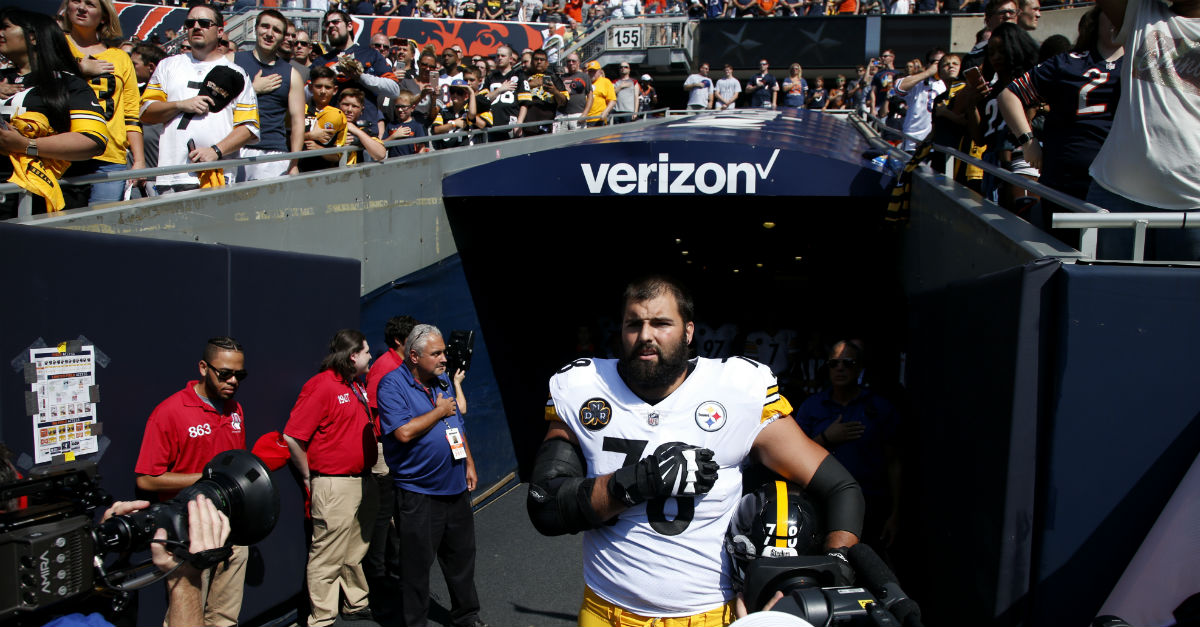