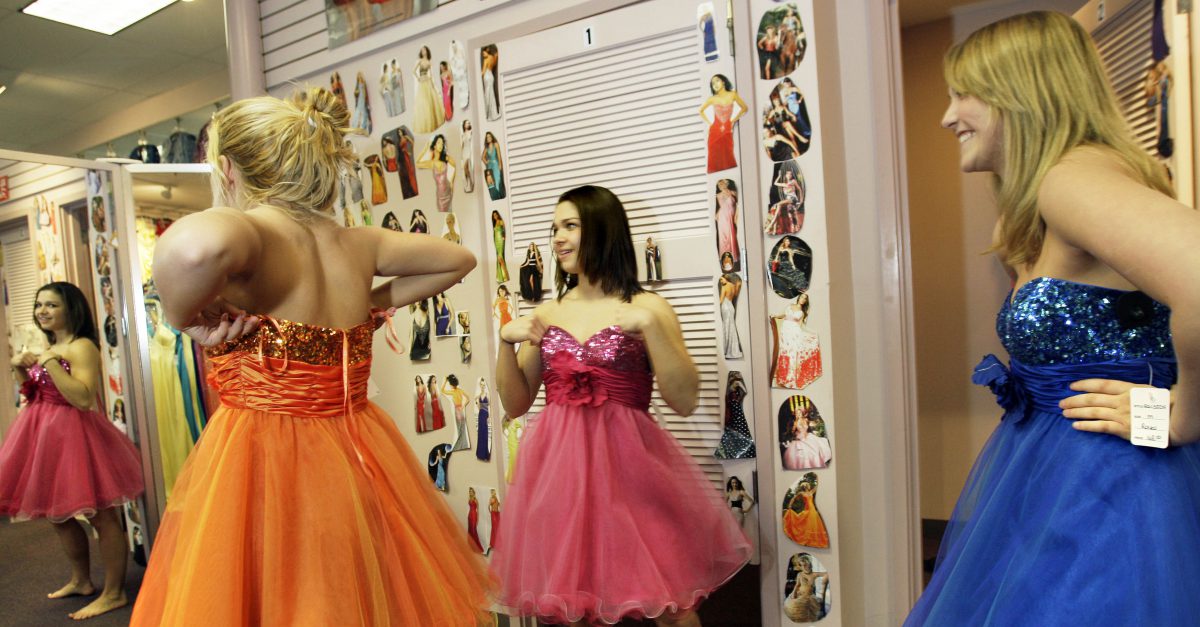 Some deserving Houston high school students will soon receive help in picking out their prom dresses this spring.

The TLC reality show ?Say Yes to the Dress? focuses on women struggling with picking out their wedding gowns.

So popular with viewers, its programming produced a spinoff 60-minute special titled ?Say Yes to the Prom,? where producers and sponsors help youngsters get the prom wear of their dreams.

In addition to the special “Say Yes to the Prom” goes on tour, and this year will feature Houston students from underserved neighborhoods, as well as those who are excelling in the classroom.

Students impacted by the devastation wrought by Hurricane Harvey this past summer will be eligible to pick out their own prom ensemble, just in time for the annual spring festivities.

Efforts began in 2011 as part of a dress donation drive in Silver Spring, Md., the home of Discovery Communications and parent company of TLC, the Discovery Channel, the Science Channel, as well as other educational networks.

“Say Yes to the Prom” creator Adria Alpert Romm wrote in a press release the effort is growing into a “nationwide initiative with an exceptional, impactful mission?to give underserved, deserving students across the country an unforgettable prom experience.”

The program’s benefits do not end with just a dress:

According to the show’s website, participating students will also get help with choosing bags, shoes and other accessories for their outfits, in addition to guidance on their hair, makeup, and nails for the big night.

Young men will also reportedly take part in the event, able to choose from tuxedos, watches, tailored suits and dress shoes to make them look their best and impress their dates.

Students will further be eligible to receive further opportunities for scholarships, internships and mentorships through various charitable foundations.

The event comes to Houston on March 22.

Editor’s Note: An earlier version of this story stated that Houston participants will be featured on the show airing March 24. They will instead be participating in the tour, which comes to Houston March 22.